Starting to work through the long list of pre-split checks, I started getting the engine bay cleared out. 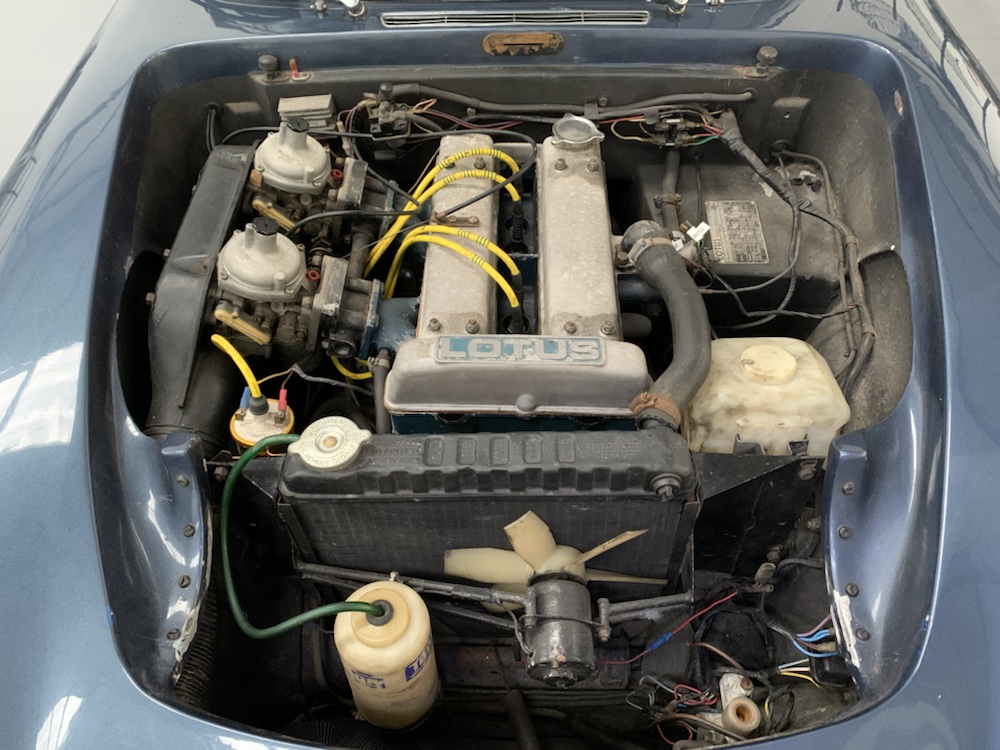 First up, washer bottle. Somethings partially melted it and there’s also a crack in it. Bin. 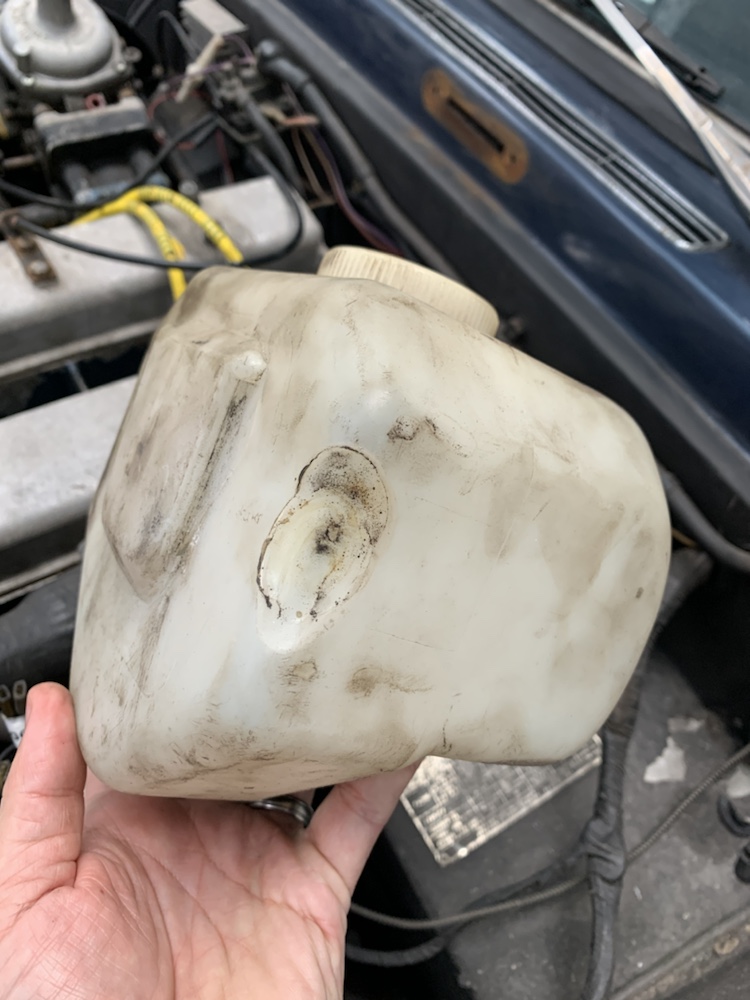 Next up removing the air cleaner, ducting and airbox. The access to the airbox bolts is quite restricted despite them being in plain sight in the engine bay, getting the bolts far enough out within the confines of the engine bay is quite a challenge. 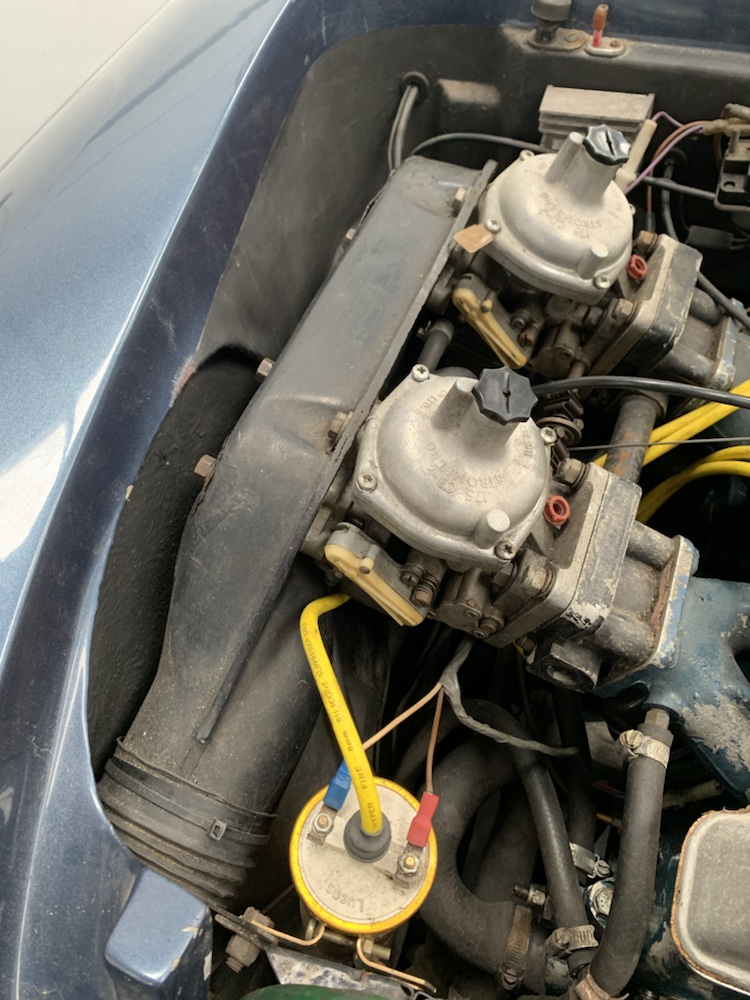 This throttle linkage between the carbs is a quite fantastical piece of engineering. 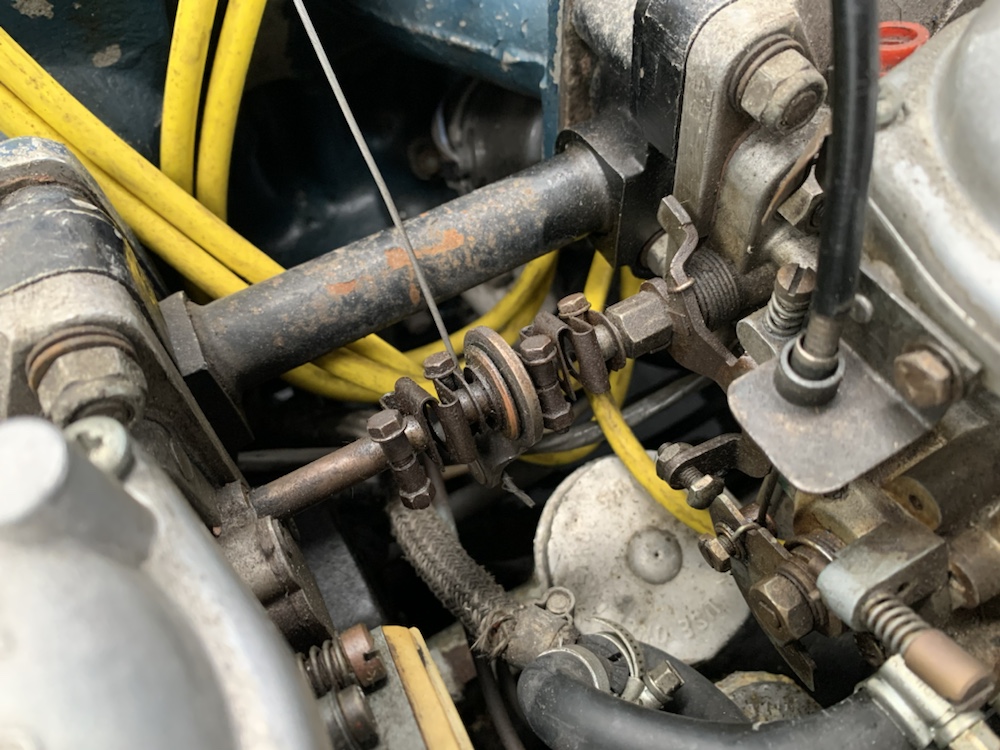 Appears only the front carb’s choke has been operating, there’s nothing connected to the rear and there doesn’t seem to be anything linking the two. 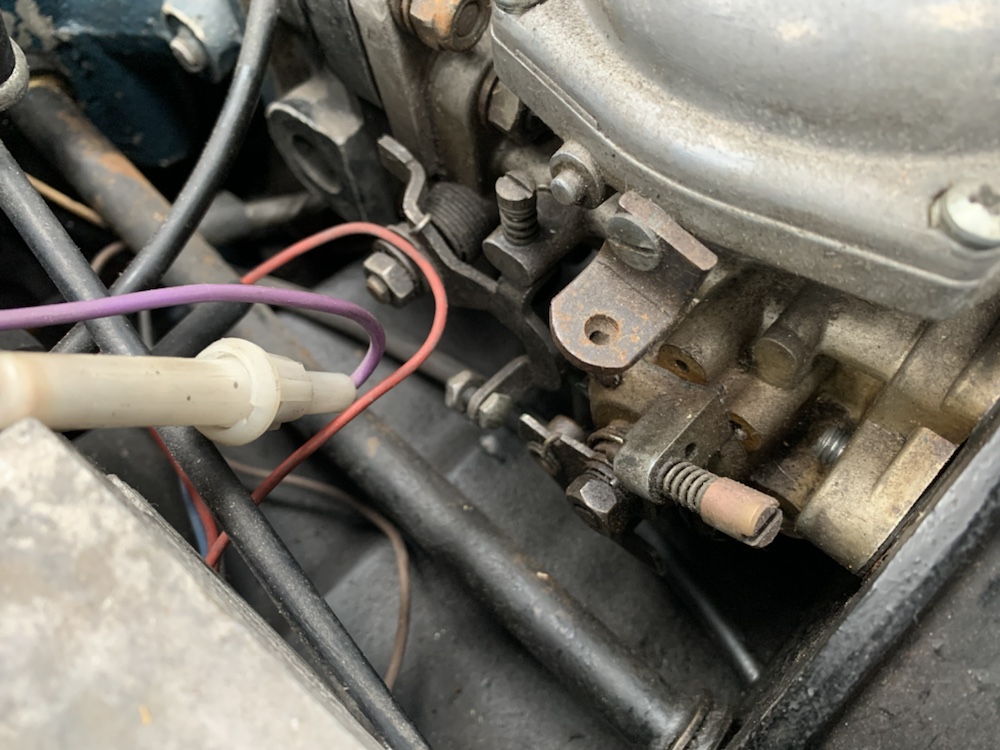 Hose that runs from the air cleaner to the airbox is quite convoluted, it’s also full of holes! 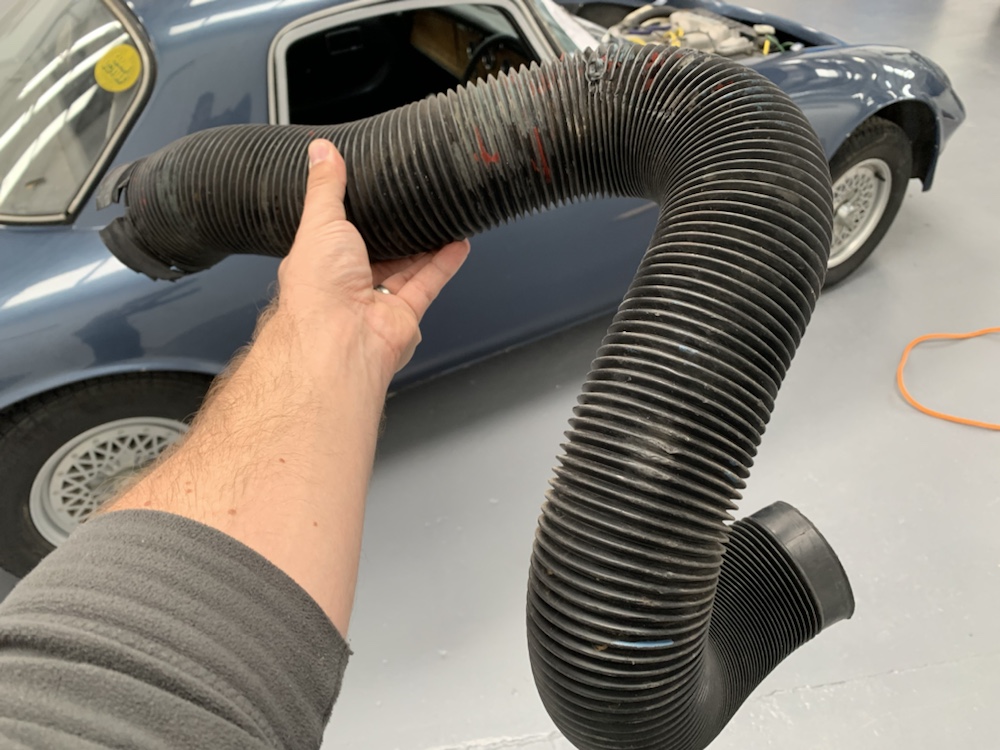 With the airbox off, there was more room to start removing the hoses for the vacuum system. 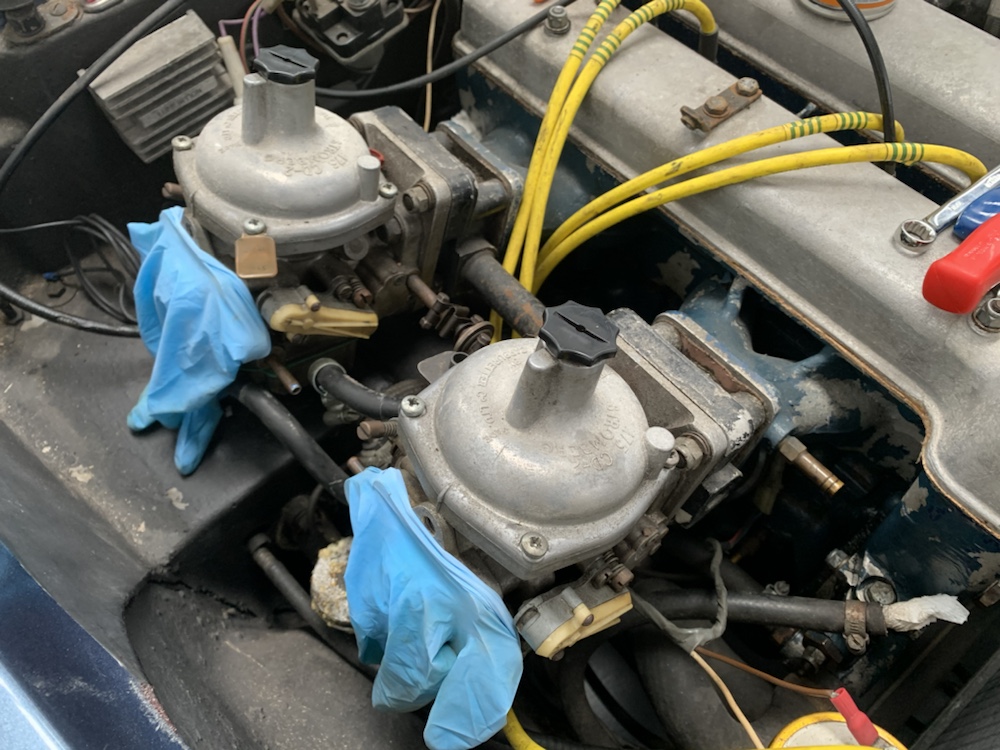 On the Elan the vacuum comes from a port in the front intake runner, this then runs to a T piece feeding the front cross member which effectively acts as a vacuum reservoir, with the brake servo and headlights both wanting a vacuum feed. 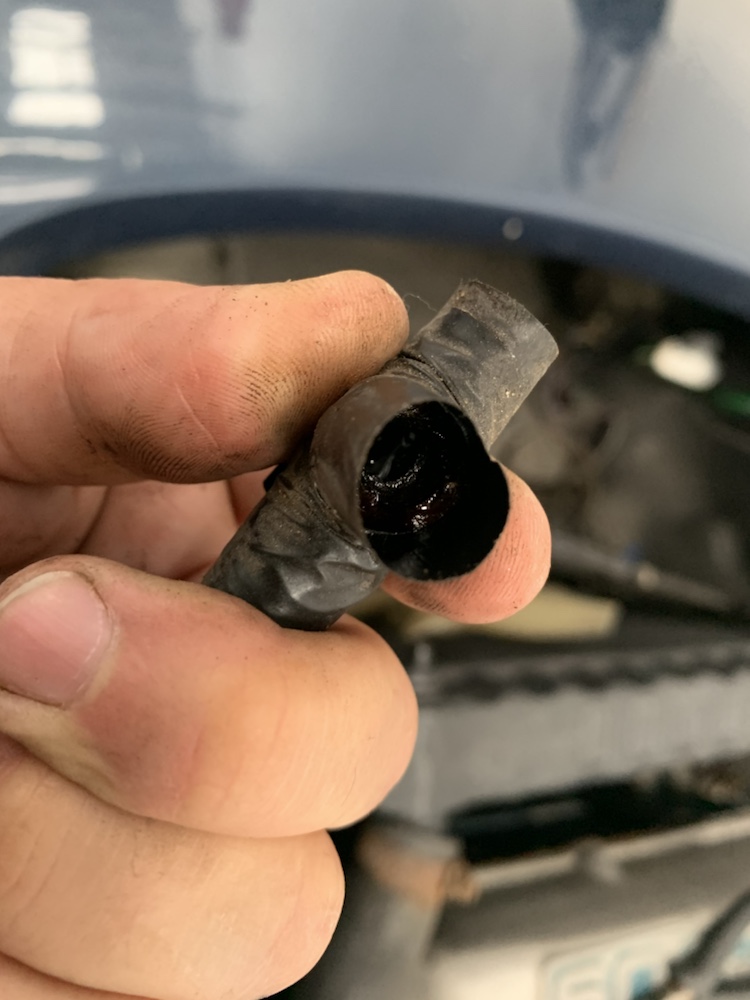 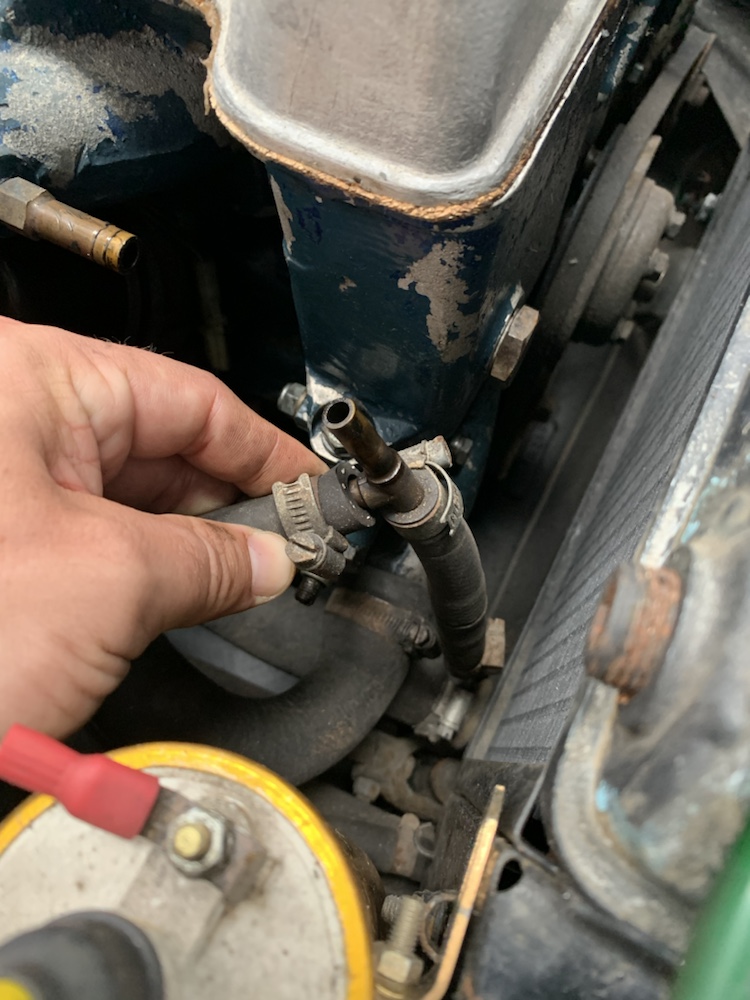 God knows how it was still functioning, the T piece had been broken by someone in the past and “fixed” with copious amounts of electrical insulating tape! Moderate amount of oily residue in the pipe work. 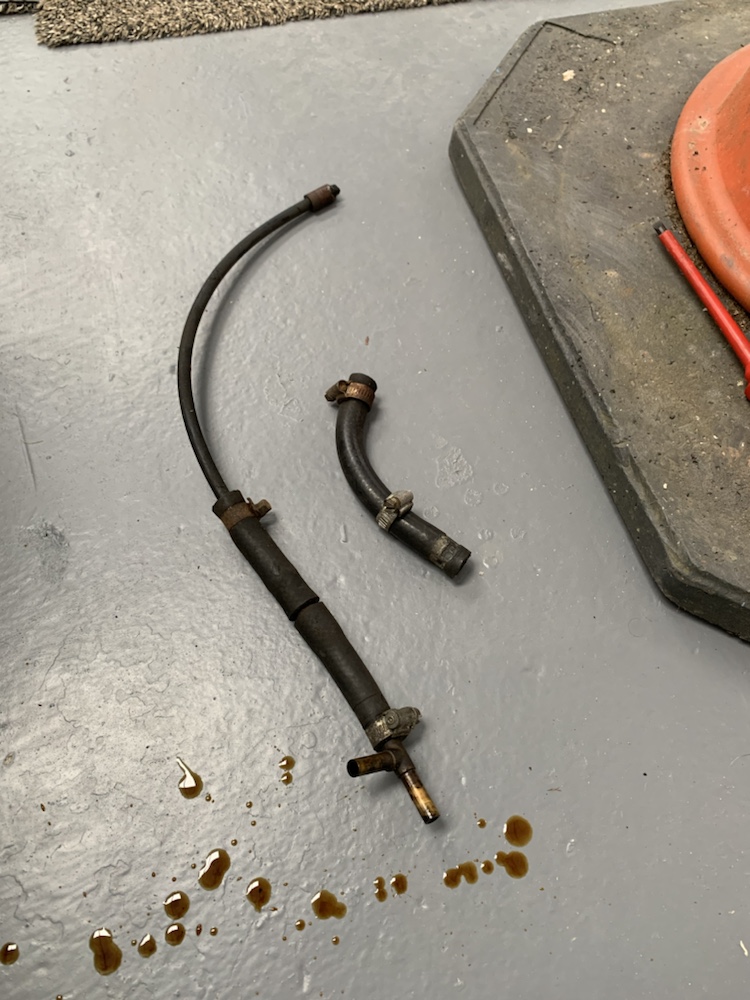