The racing is kept close by tight technical regulations limiting the modifications allowed on the cars.

Engines are stock with air filters and exhausts the only modifications, run with a superchipped ECU to give ~135hp.

Standard bodywork is retained and a rear wing added, interiors are completely removed to add a roll cage and racing seat/belts and fire extinguisher.

The race format mimics the British Touring Car Championship. The grid for race 1 is decided by qualifying and race 2’s grid being the finishing order from race 1. Race 3 starts in the order of finishing from race 2 but with a random draw reversing the first 5-8 finishers from race 2, the number reversed being decided by drawing a number from a hat. 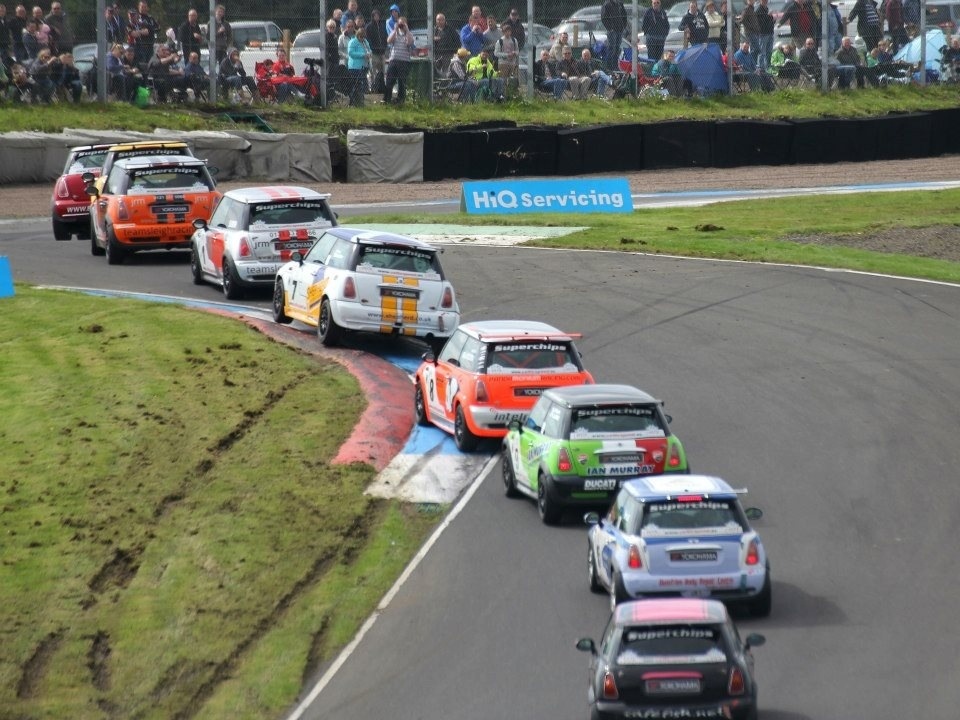 The series is based at Knockhill with 2 away rounds at other circuits per season, in 2012 these included a visit to Oulton Park and supporting the British Touring Car Championship at Croft where Malcolm took his first win, live on ITV4. 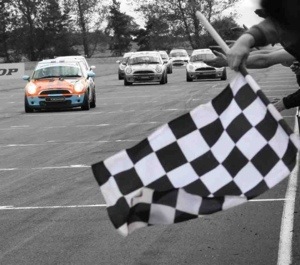 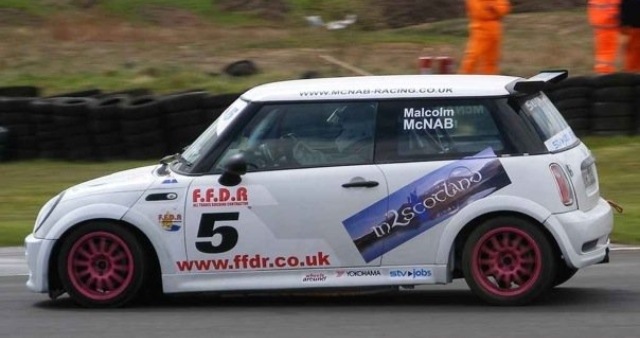 No longer in the hot seat, Malcolm is the championship’s drivers’ representative and also helps run the PerformanceTek Racing Team which fields several cars in the championship.