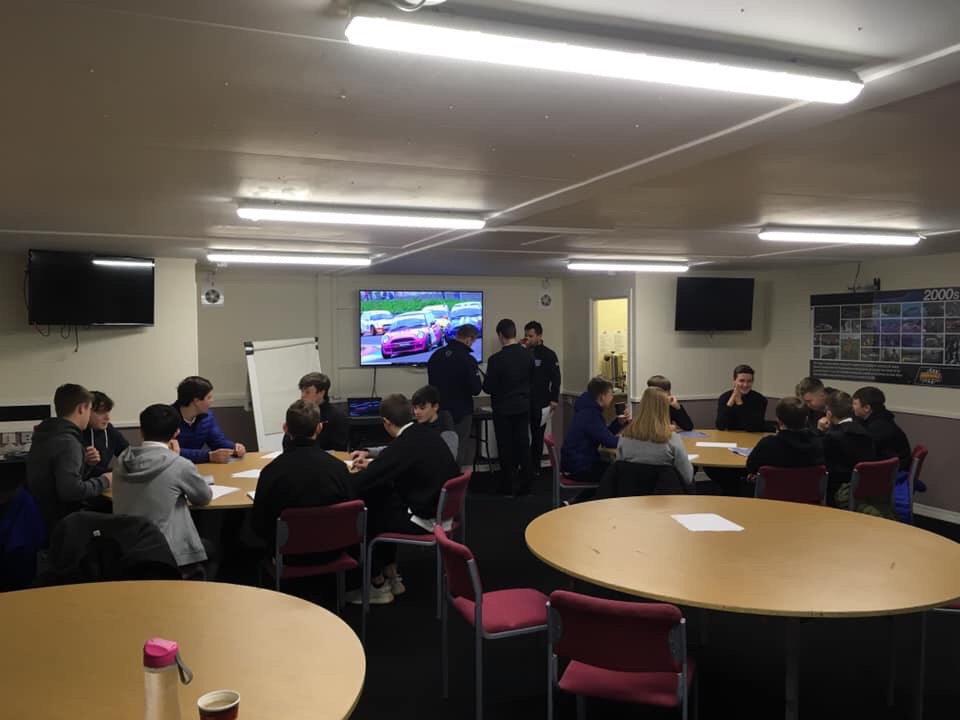 The SMS Academy coaching team delivered sessions and facilitated discussions on fitness, nutrition & hydration and an introduction to sports psychology with the athletes. 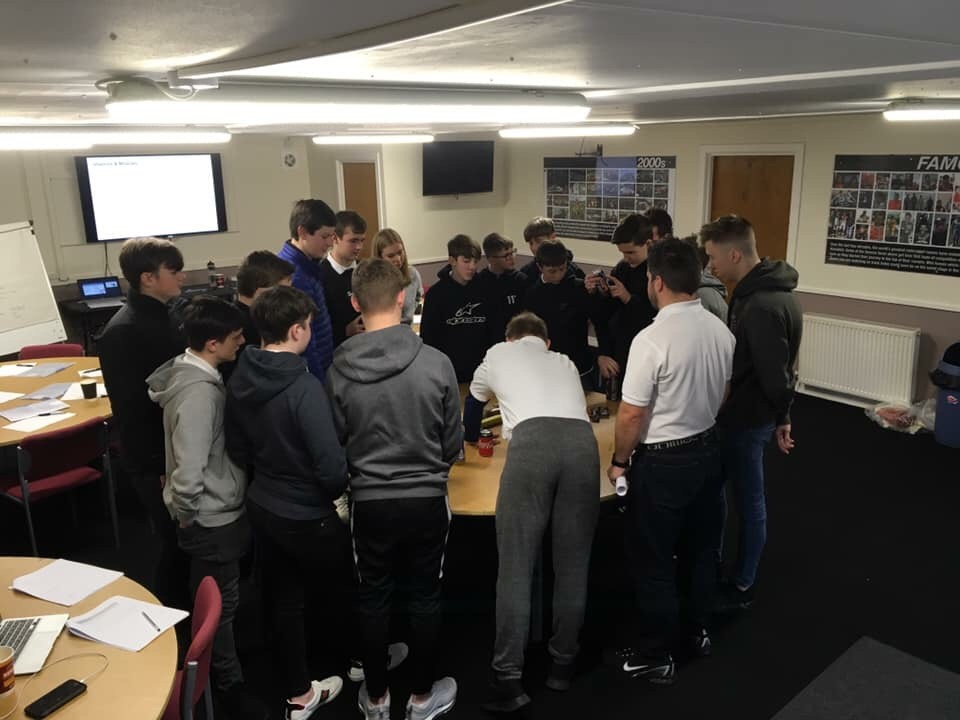 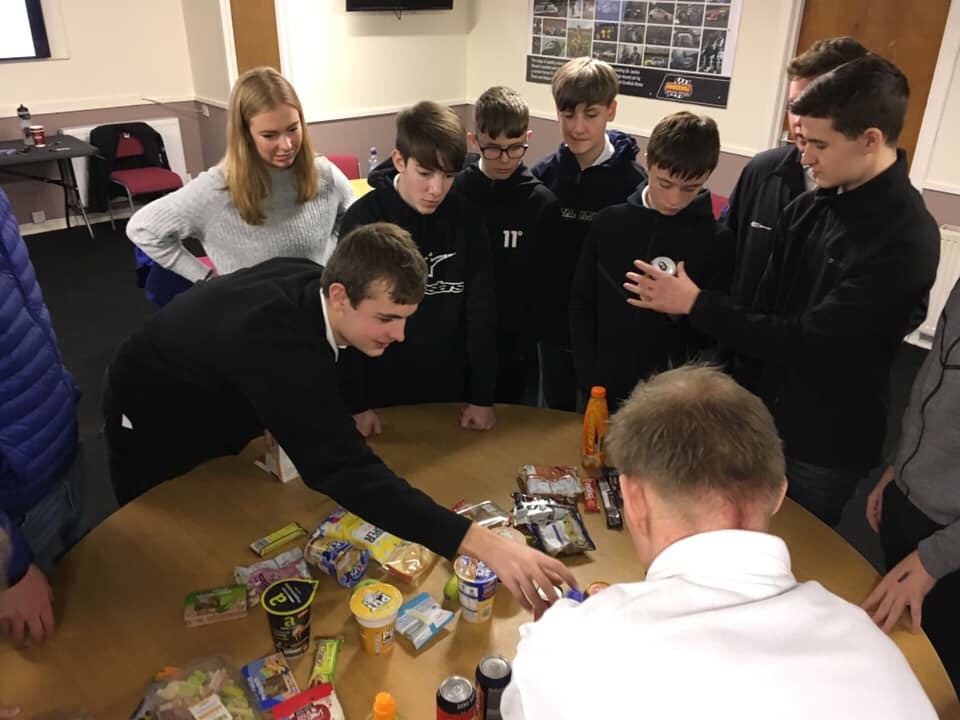 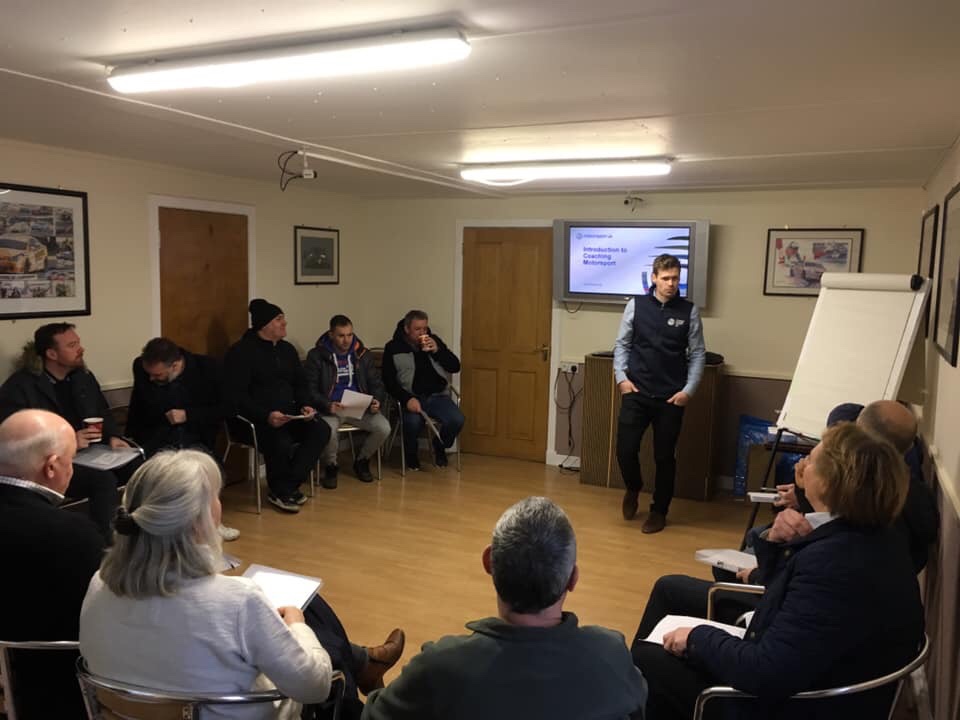 Being SMARTER About It

One of the subjects we talk about a lot in coaching is smart goals, or rather SMARTER goals;

The goal is where you are going, the actions provide the steps to get there. So January’s actions for me;

1 week in, 6 workouts down, 1 Sunday of rest. Weight loss is slightly ahead of target for my goal of losing 30lb in 12 weeks, but that’s good because it’ll get harder the further down the road I get! 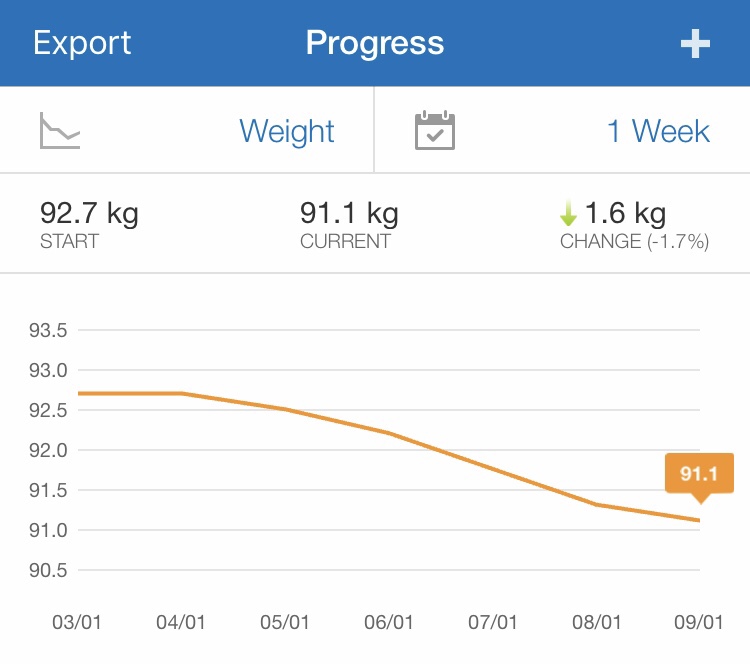 Nope, not the bloke off the credit checker adverts on TV, rather the yo-yo dieting villain hidden in your fitness tracker. 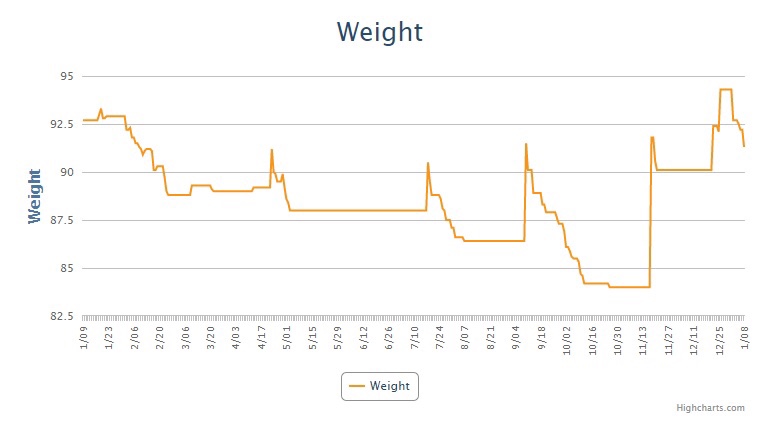 Pulling off some info for the last 5 years and also the past 12 months shows a pretty definite trend; 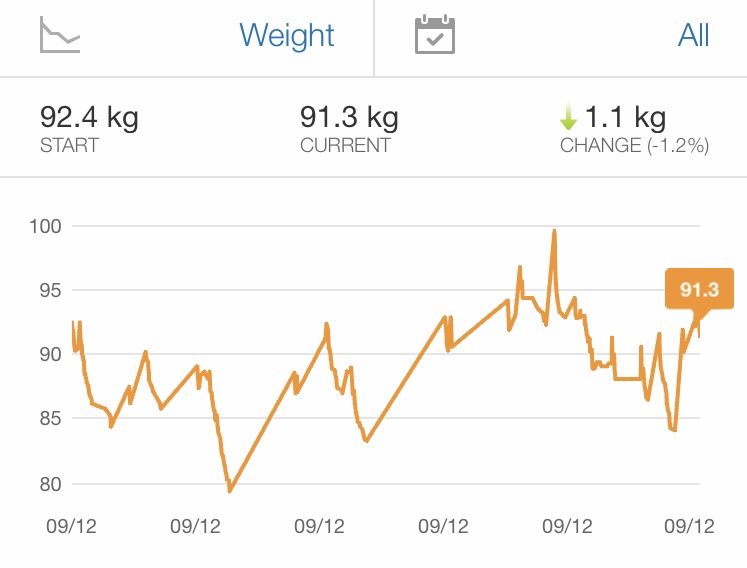 So what am I going to do differently this time? Well first of all, I’m a little older and dare I say it, wiser. I’m not going to lie, I’m far from having it all figured out, but here what I know…

What is needed here is a lifestyle change, not a diet phase. Plain and simply, I need to stop treating my body’s nutrition needs with complete contempt. You can’t act surprised that your weight balloons when at least twice a week you sit and down 4 cans of cider whilst watching TV on the couch. You can’t act surprised that your body harvests fat when you are eating more calories than you need every single day and most of the excess comes from simple carbs.

With that in mind, the first things to really focus on are macros and calories. The percentages of carbs, protein and fat that I am taking in daily and the total number of calories vs. what I actually needs as defined by my BMR. Whilst the total calories at the moment is restricted to drive weight loss, the macros will drive the eating habbits that I will need to maintain going forwards.

Here’s an example of a good effort, followed by a bit of a facepalm and finally a downright howler:

On the subject of going forwards, there will be no fashion / fad dieting here. Every day there’s a new diet bible appearing online; 5-2, Atkins, Keto, low/zero carb, juice/soup, shakes etc etc. None of these are sustainable diets for the rest of your days and like I said, this needs to be a lifestyle change.

Get Fit or Die Trying

Possibly slightly melodramatic, but that’s about the long and short of where I am at the moment. The usual glut of Facebook memories over the new year period, plus finding a load of photos from roughly ten years ago, have really brought in to stark contrast just how far things have slid in the wrong direction! 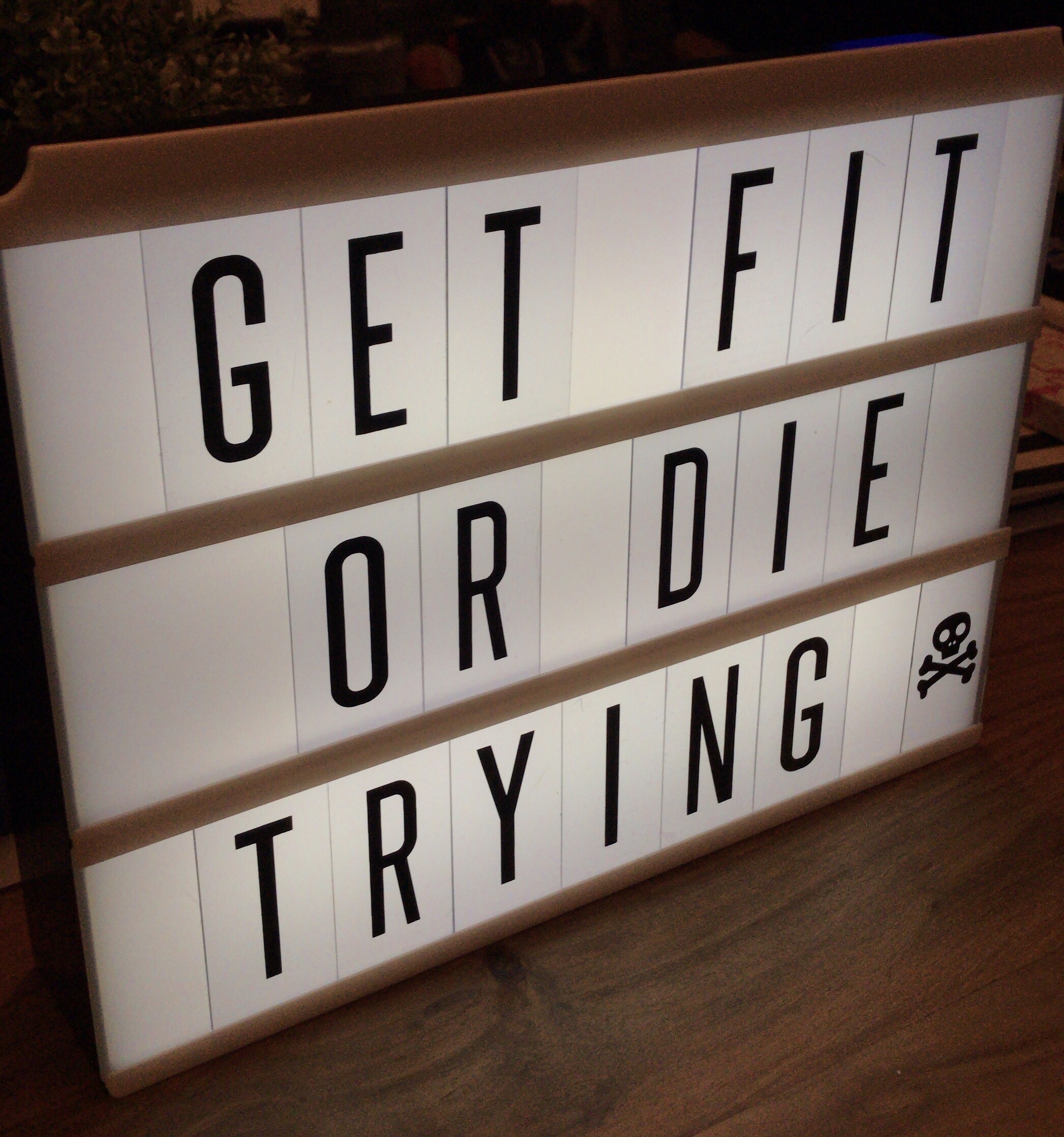 I’ve never been slim built, at a towering 5ft 9in I’ve never been tall for my age but a sturdy build still saw me play most of my school rugby as a forward, initially front row then latterly as a flanker. Other hobbies like mountain biking and skiing also fitted having powerful legs, even today with not a hint of gym work, my legs are big. The problem is, everything including my legs have a fair bit of padding that wasn’t there before. This was really highlighted in 2017 when I was in Las Vegas for the SEMA car convention. As ever, we were regularly doing 25,000 steps a day and I was at the heaviest I’ve ever been; 99.5kg / 219lbs. Frankly, it was brutal. At the start of 2011, I was 80kg / 175lbs, and walking around in the 20 degree heat of Las Vegas, I felt every single one of those extra pounds.

With marriage on the cards for 2018, I lost some weight. The success of this was somewhat muted when I raced in the C1 Cup at Rockingham in early September. Whilst I have raced without problems at my elevated weight plenty of times in the Scottish MINI Cooper Cup, those are sprint races of no more than ten minutes usually. With a conspiracy of safety cars and mechanical issues in the C1, I ended up doing just over an hour, taking the car to the flag. In temperatures getting on for 25 degrees outside the car, I was suffering inside. There was also the penalty in overall performance, at 20kg heavier than our lightest team member, that meant I was running 20kg heavier all race, which is not insignificant in a car which only produces 70hp.

Where are we going? Well, there’s more to it than just weight, my aerobic fitness has also dropped off a cliff and needs work also. Target over the next 3 months: 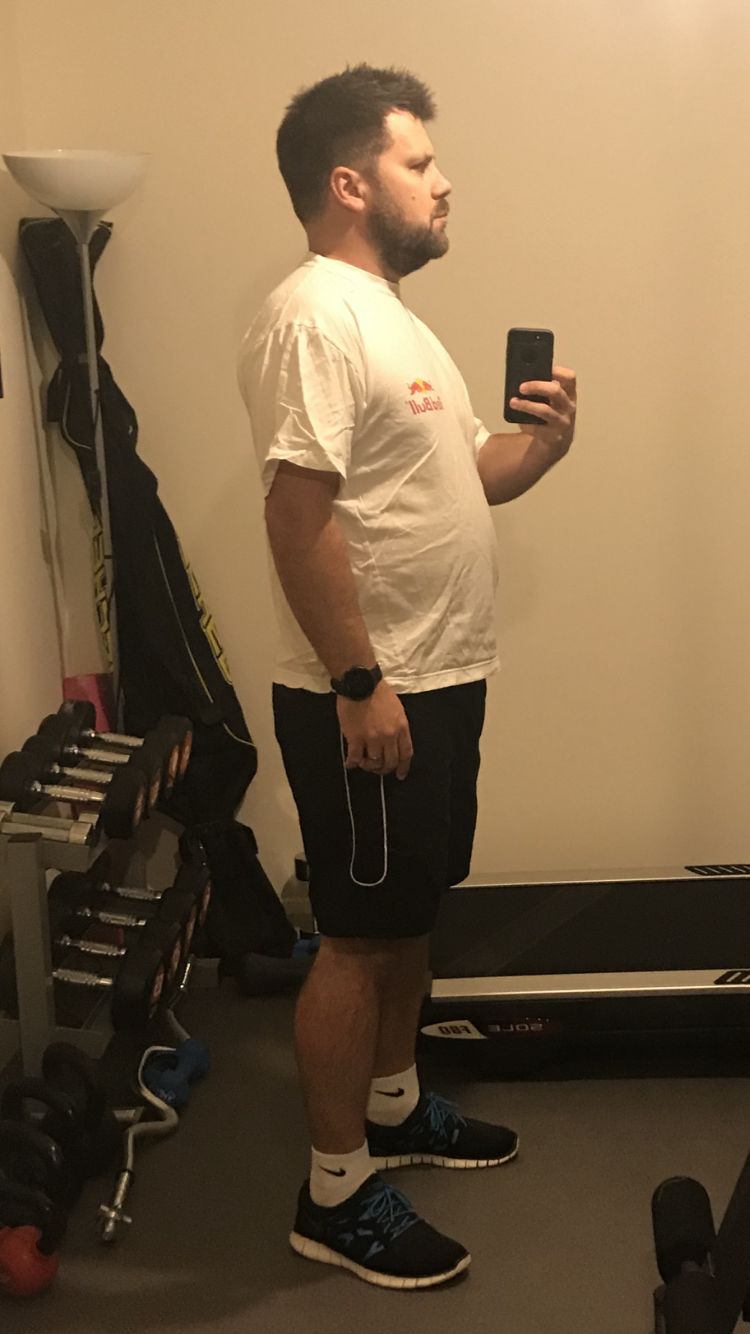