So I was just cruising along when…

Immediate thought was actually something electrical had crapped out and it was shutting down systems but did a code scan and found the real culprit.

This was on the wheel that had an advisory for a noisy wheel bearing last MOT, it possibly only needed the wheel bearing replaced to allow a better pick up but not doing the job twice so replaced both. 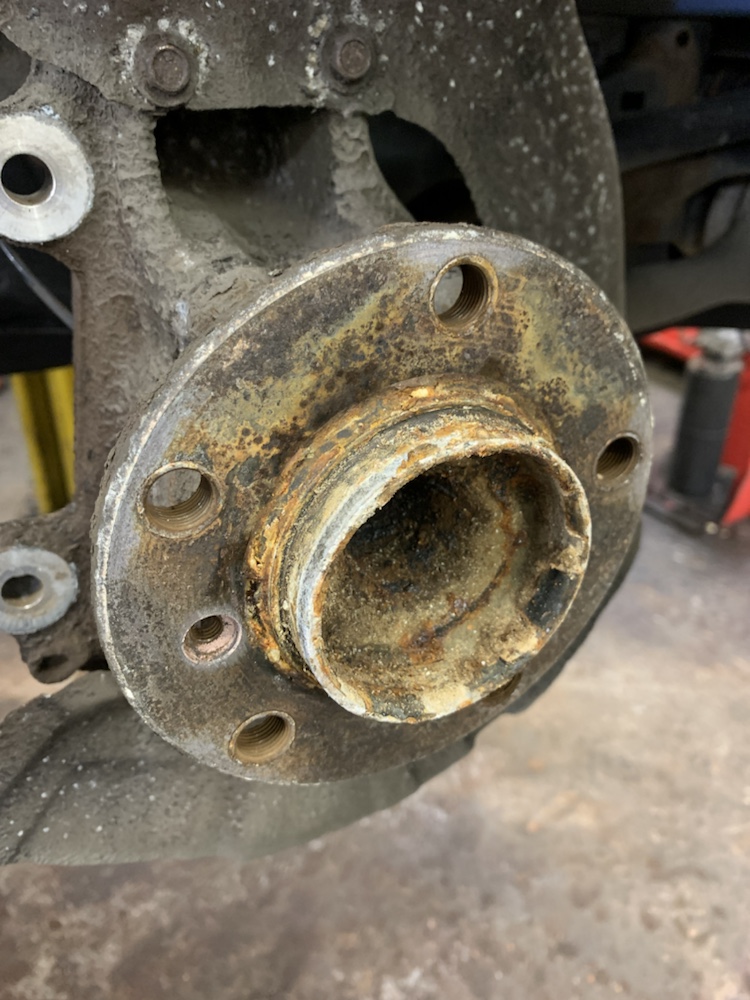 Front brakes were last changed during the car’s stint away for the EGR cooler recall. 3 years & 27k later, feel the prep of the flange face could have been better. Thats actually quite a lot of corrosion and the discs needed twatted with a hammer to release them. 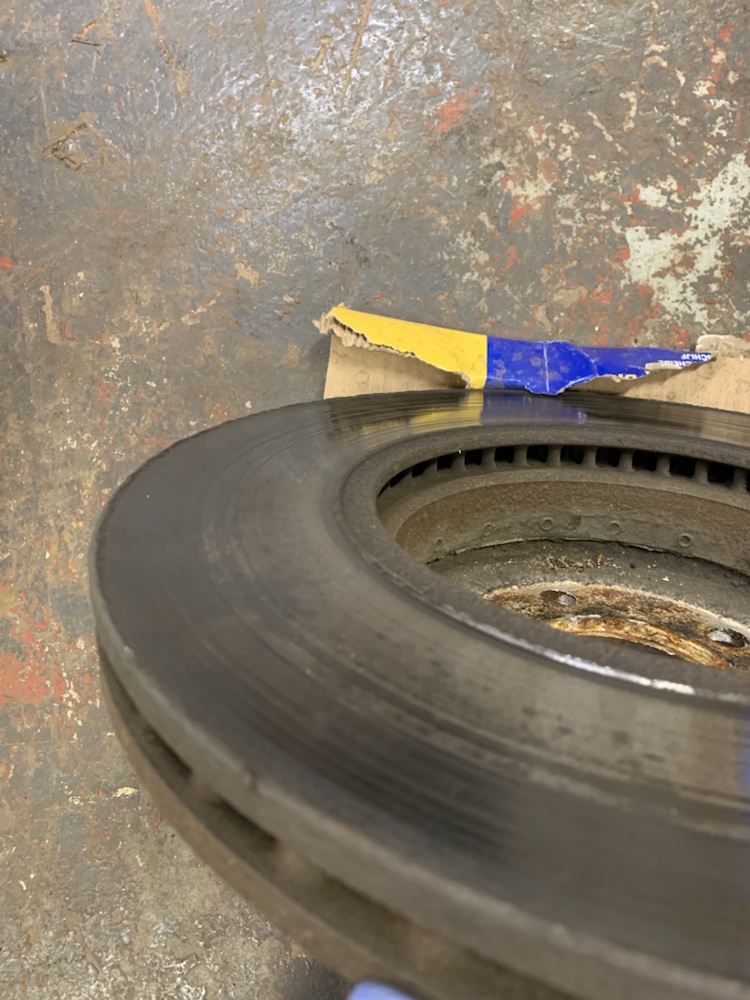 Discs are serviceable but the back faces are suffering. 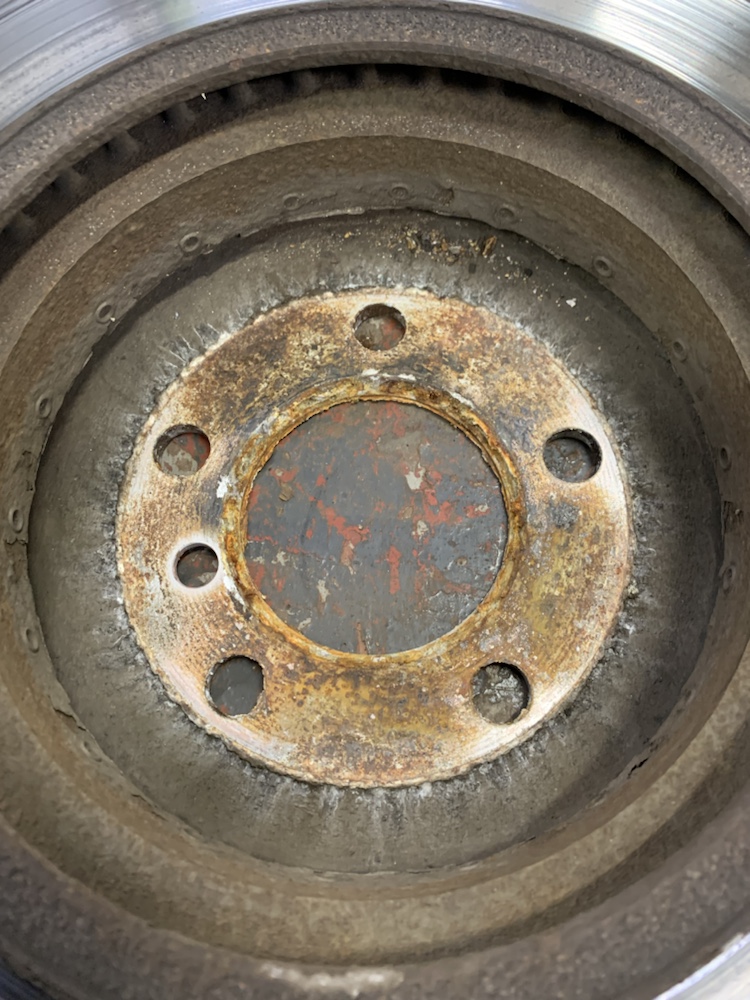 Inner hat on the discs got set about with a brass brushwheel on a drill before refitting. 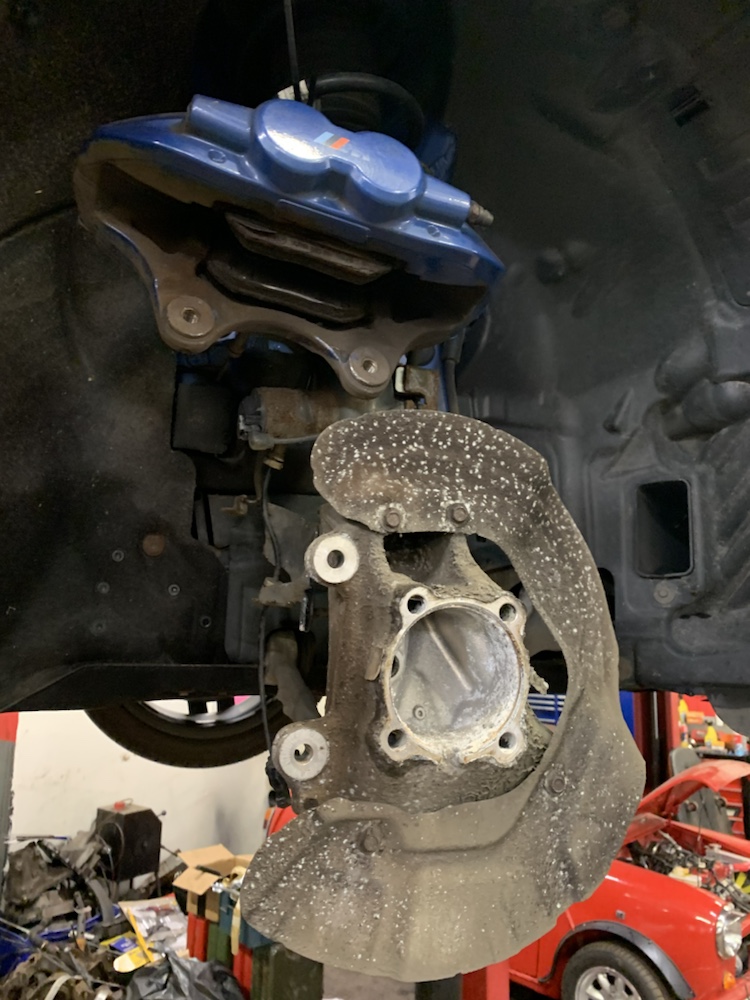 Recess on the hub and bearing mounting face also given some wire brush love before reassembly.

After re-assembly & test drive everything showed fine on bimmerlink and no error messages.

Had a little deep dive in to a couple of menus whilst I was bothered.

DPF supposedly has 68k miles left in it. Hoping to improve that now I’m doing more regular commuting etc to help with natural burn off.

Battery at 57% isn’t a huge surprise, auto stop-start is very seasonally dependent on the car and I’ve long suspected that’s due to a slightly weak battery.