My car has been intermittently playing the brake / indicator failure warning game for the last 6 months, but the bulbs were actually functioning fine. Then in the last 2 weeks, the warnings become permanent and the lights had actually stopped working this time.

Fixed it this weekend. Unfortunately the easy fix, 1 pin swap out, wasn’t viable as the remains of the disintegrated pin from the bulb holder was stuck in the connector, meaning it couldn’t be released from the plastic plug body. Maybe if you catch it when the error is intermittent, you’d get away with just replacing the bulb holder and 1 pin in the plug.

Mine ended up needing the new plug body, re-used the other 3 original female pins with 1 new pin from the repair kit and the new bulb holder.

How to, if you fancy a go yourself.

Been an interesting month and a half, 430d was awaiting EGR recall parts, so Eastern BMW loaned me an LCI 435d for the first month of the wait. Very similar spec on both cars, but a surprisingly different driving experience.

So what difference does 1 extra turbo and 2 extra diffs/driveshafts make? Well, the engine and torque delivery really is quite remarkable, the internet folklore isn’t without justification. My god it likes to rev! Same core 6 cylinder lump but the 35d’s extra low down torque is very noticeable, it also revs way quicker and carries a very different engine note.

Never actually got round to sticking my vbox in to see what the acceleration figures were like to compare against my 30d. Equally, I can’t comment off the line, I’m not in to traffic light grand-prix and have never really believed in roasting the nuts off a car someone has been kind enough to loan you. From on the roll to legal speeds on motorways & dual carriageways however, the buttdyno confirms it’s definitely quicker, despite some internet theories of the 30d having nearly the same power to weight ratio.

Ride is not such a favourable review, however. The extra couple of diffs, well actually the transfer case, require additional ride height for ground clearance and that’s why I didn’t consider a 35d when shopping for my 4 series. From an aesthetics point of view as much as dynamics. You don’t have to push the car down a twisty road to feel the suspension is a bit more ponderous, the higher ride and more roll just don’t give the same feel even through fairly mundane corners. Also, on the motorway in cross winds, it’s amazing how much more it wanders with the additional airflow getting under the car. 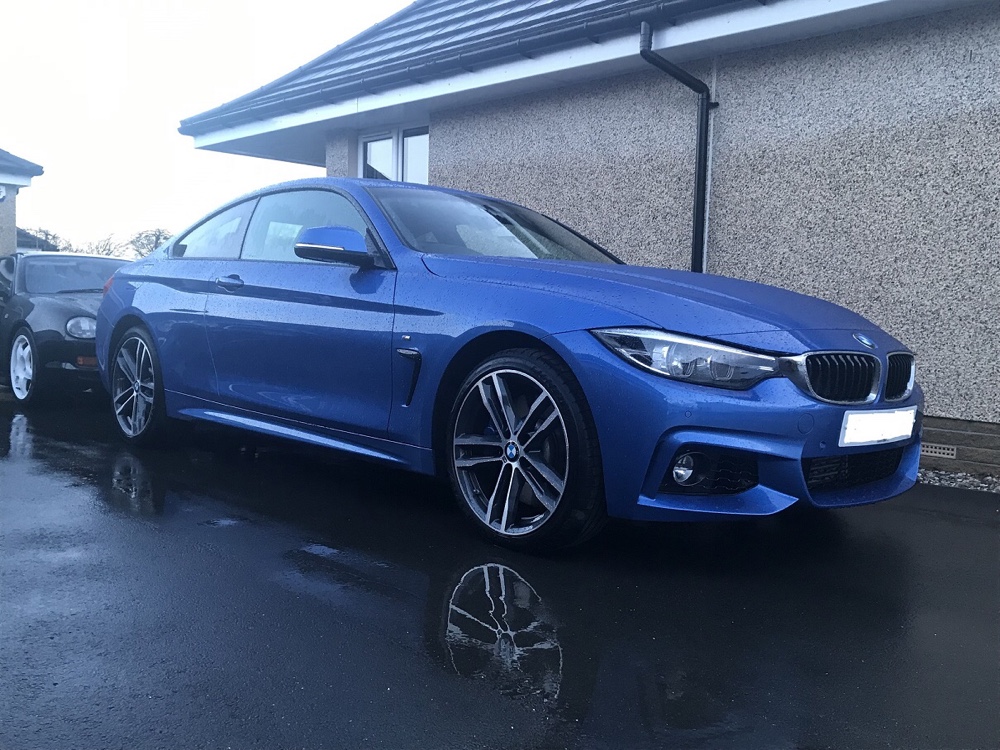 An interesting comparison was pre-LCI vs LCI. Most interesting, to me, was the different feel of the gearbox. It’s the same ZF 8hp unit, but the LCI version seemed to engage “coast” mode far more readily. Now that I have my car back, I’ve noticed it operates very differently. In both the 435d and subsequent 420i I was loaned [more about that at some other point], at anything over 30mph in EcoPro, lifting would have the car go in to coast mode. The revs would drop to idle and the car was coasting with clutches presumably disengaged to enable this. When asking for some engine braking via the paddles, say slowing slightly for traffic on the motorway, the first pull on the paddle would actually bring the car back in to 8th gear, then you would start going down the box. On my 430d, the first downshift pull on the paddle, immediately pulls the box down a gear. I like this feature quite a lot and may well see if there’s a gearbox software flash update available for my car to put the LCI map on it.

Other notable differences and my feelings on them: 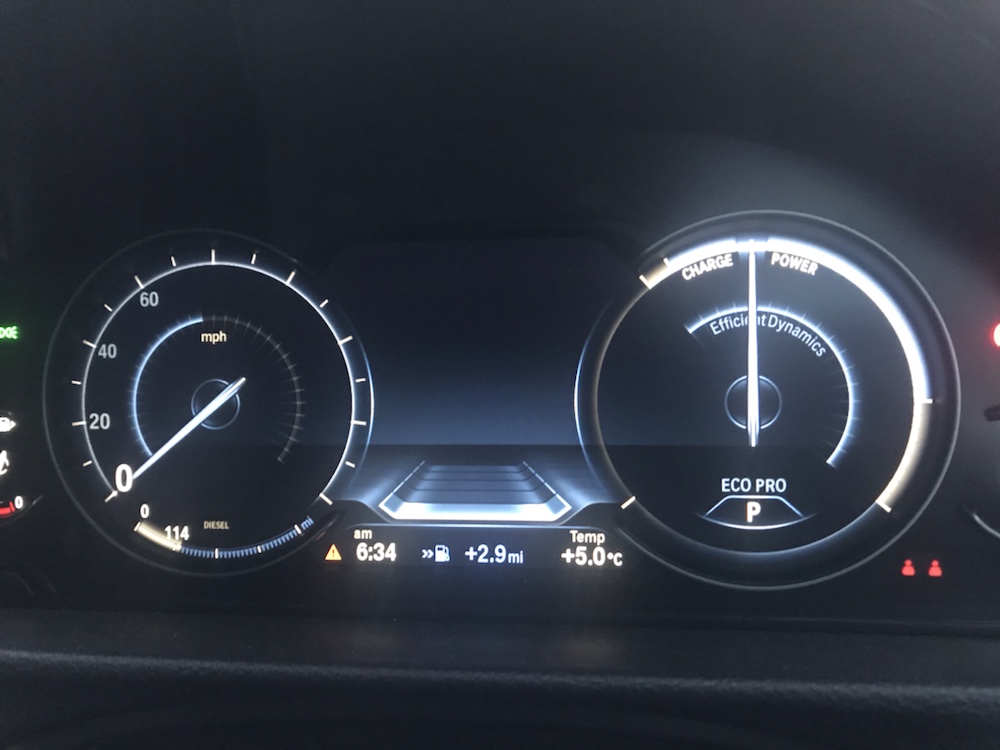 Few things I missed about mine that were purely spec:

Not going to lie, an inordinate amount of planning went in to this picture! 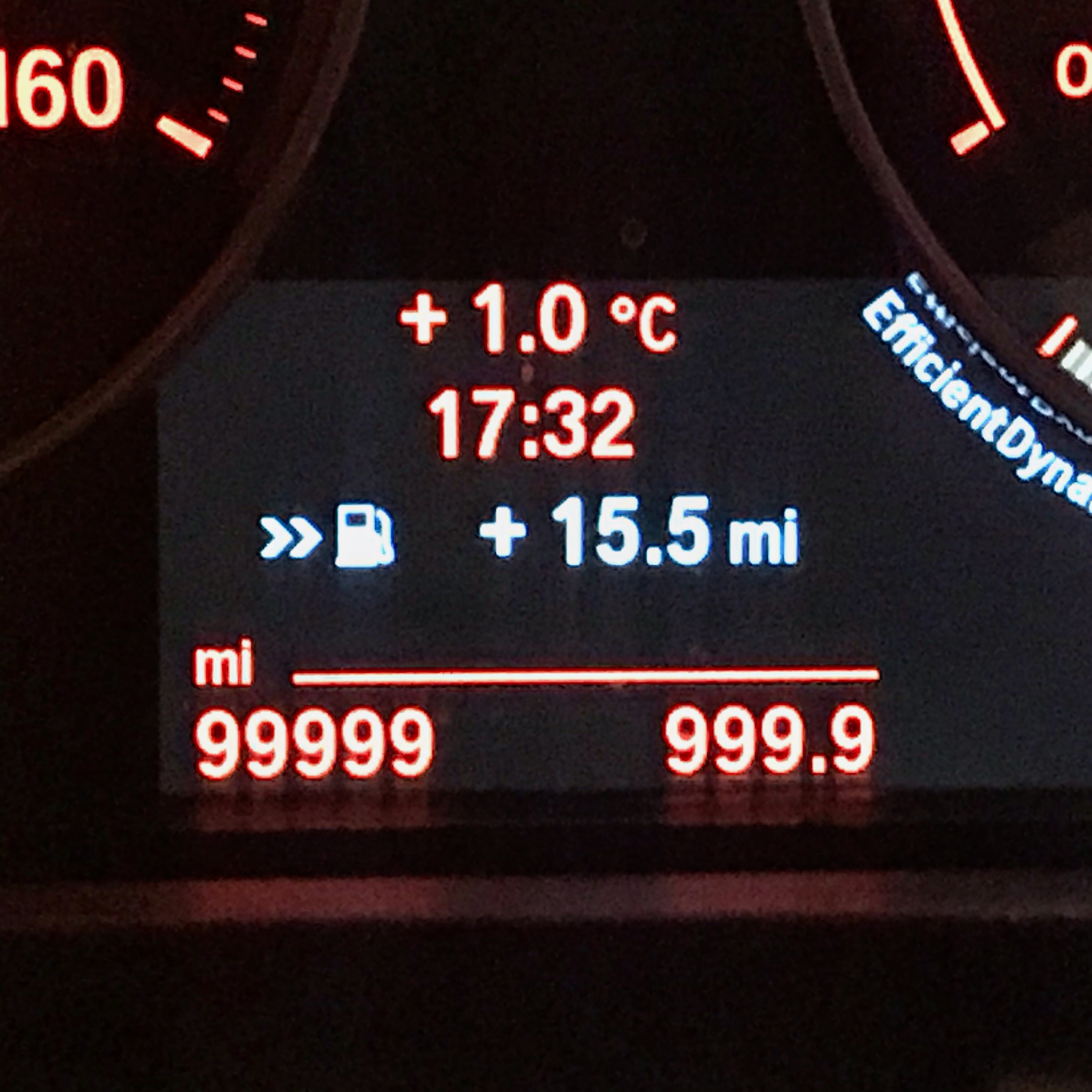 What a difference 48hrs makes… 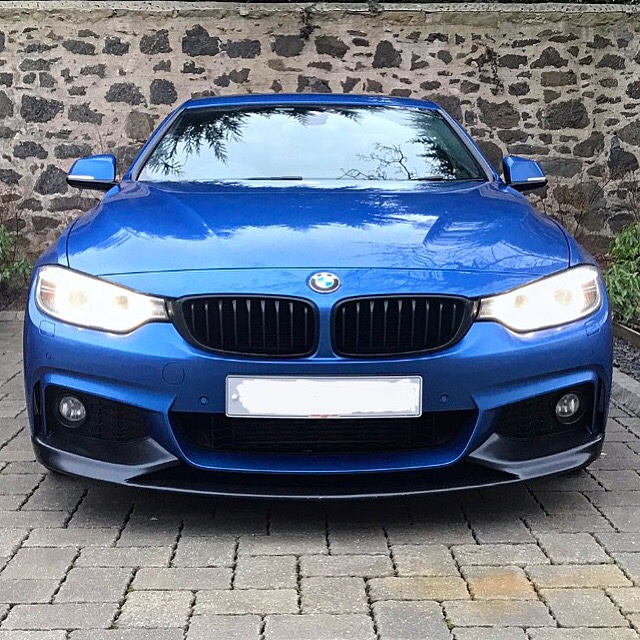 Tuesday morning, in the driveway, some lovely frost beads just before the snow started… 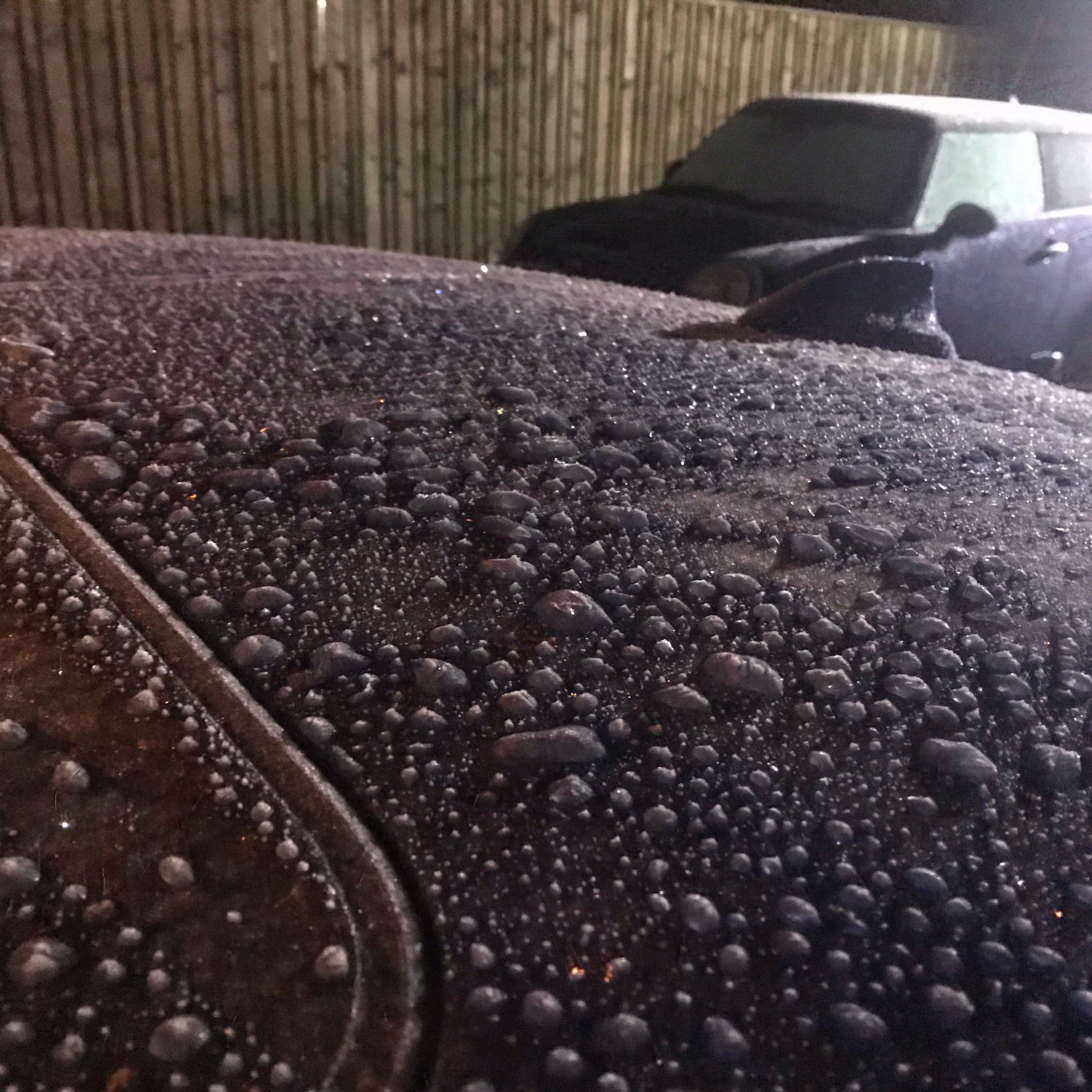 Decided to have a go at giving the car a touchless wash using just Snowfoam, no separate wash.

3 weeks since it’s last wash but the roads here actually haven’t been too filthy. 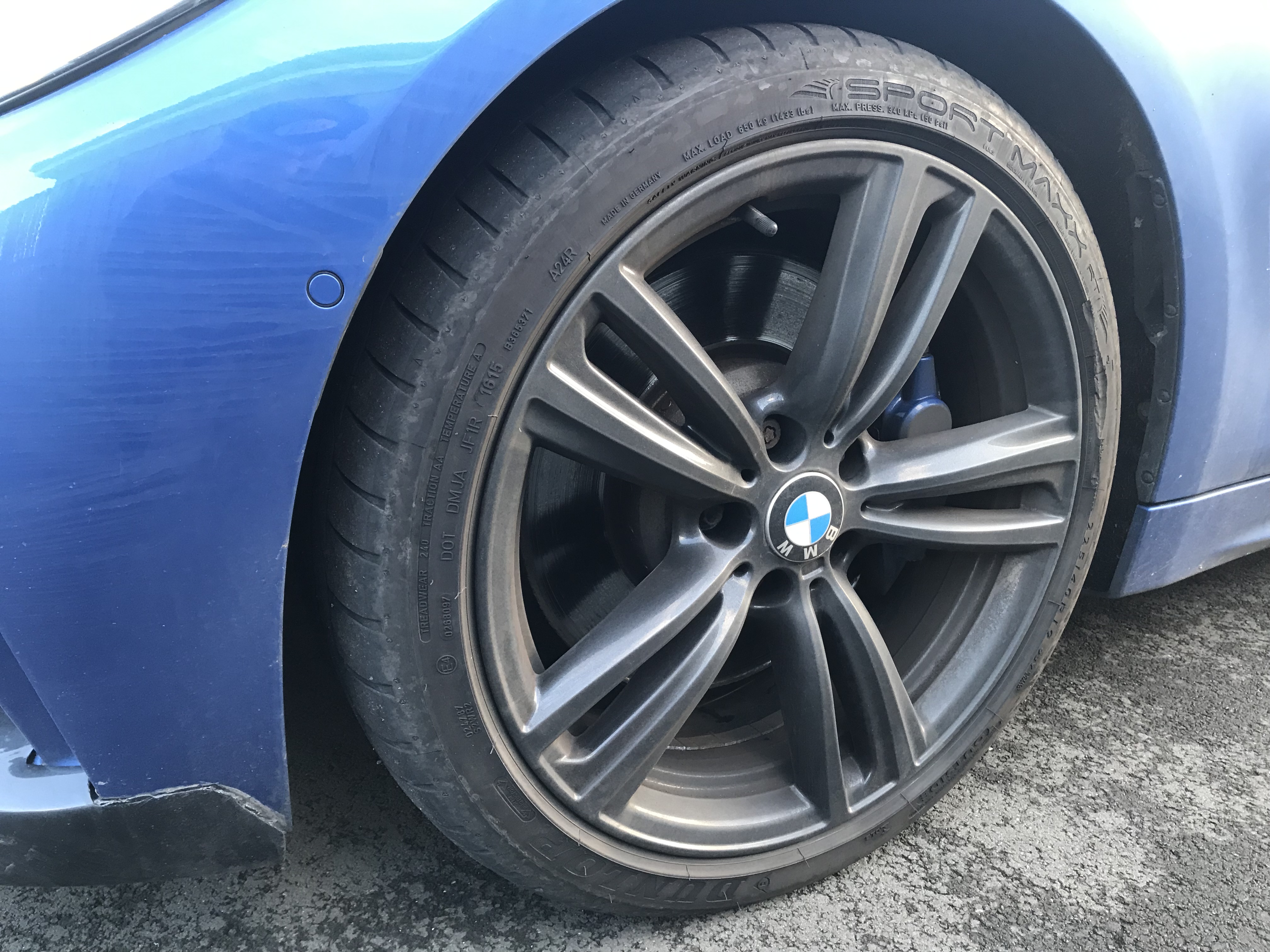 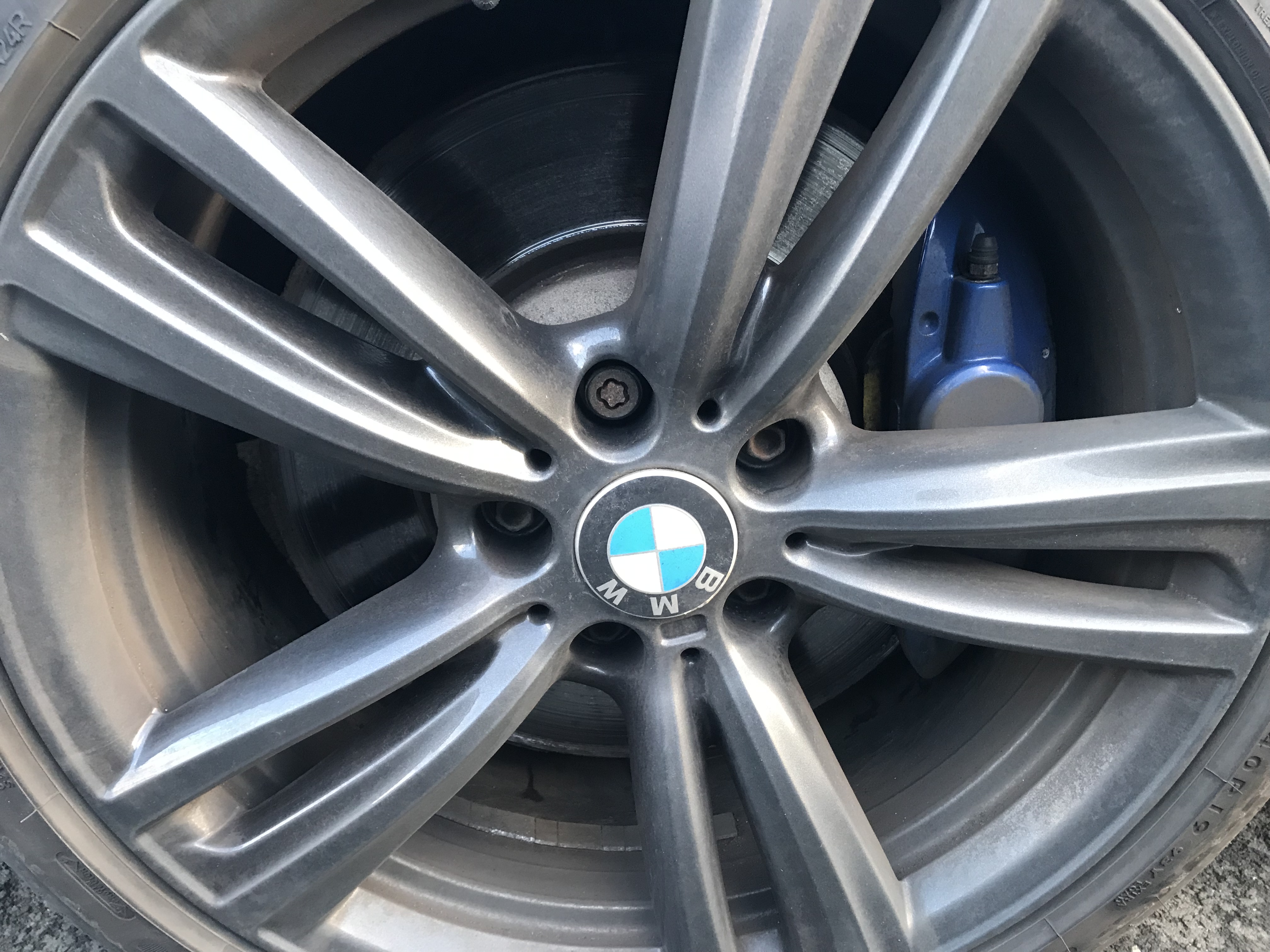 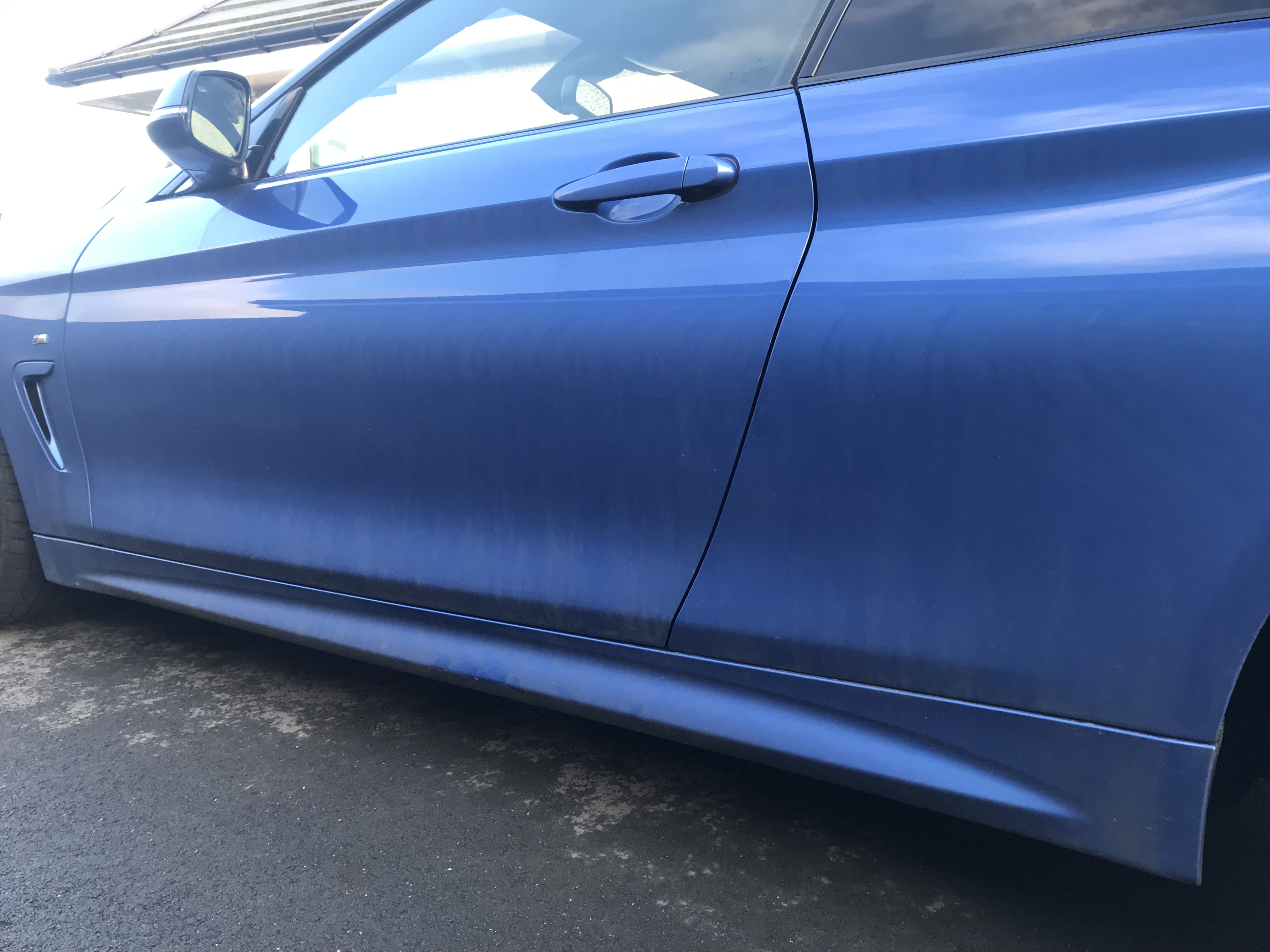 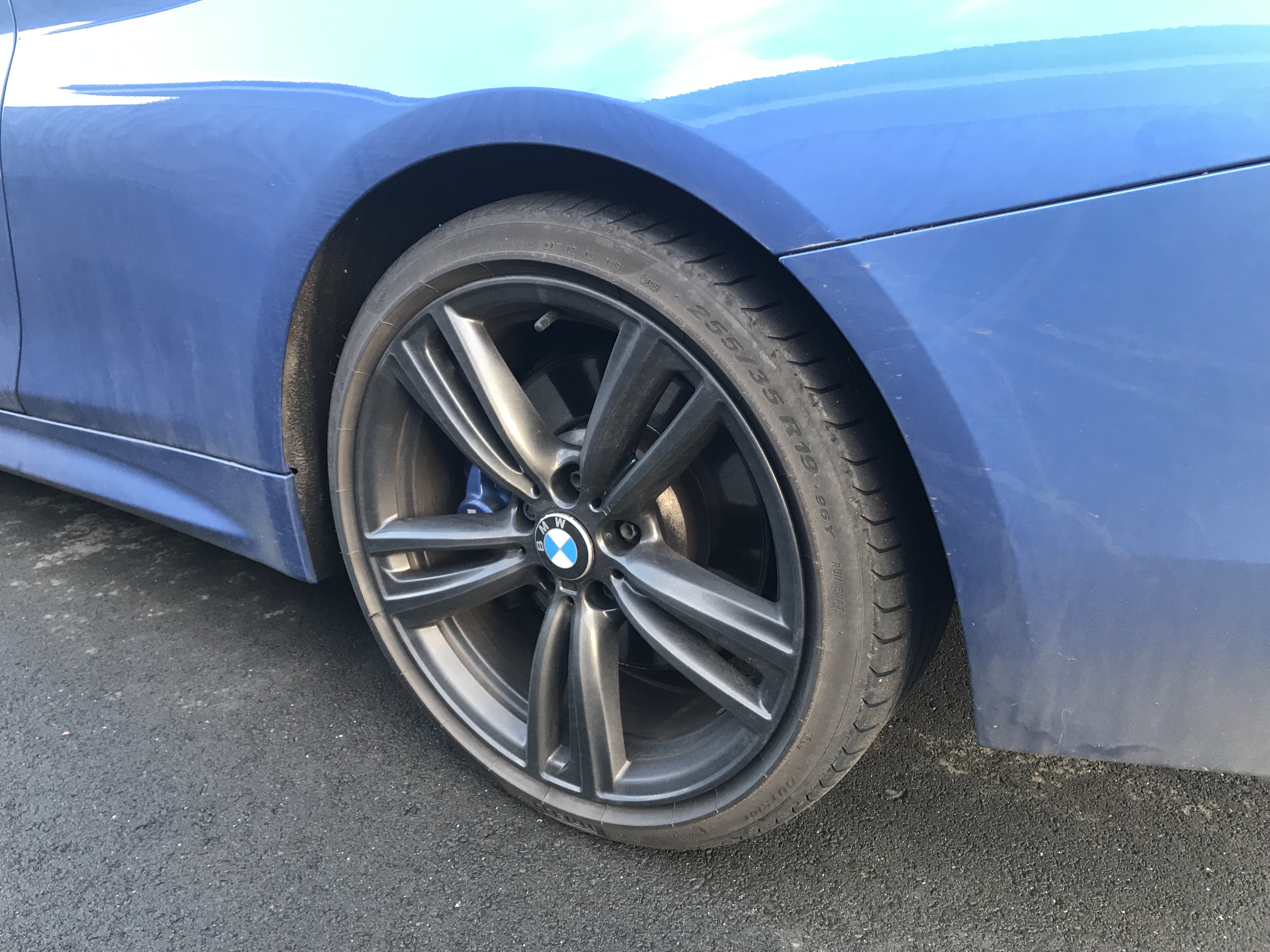 Also proof that the wing vents must do something on the 4 series, even if it is just accumulate road grime and salt crystals! 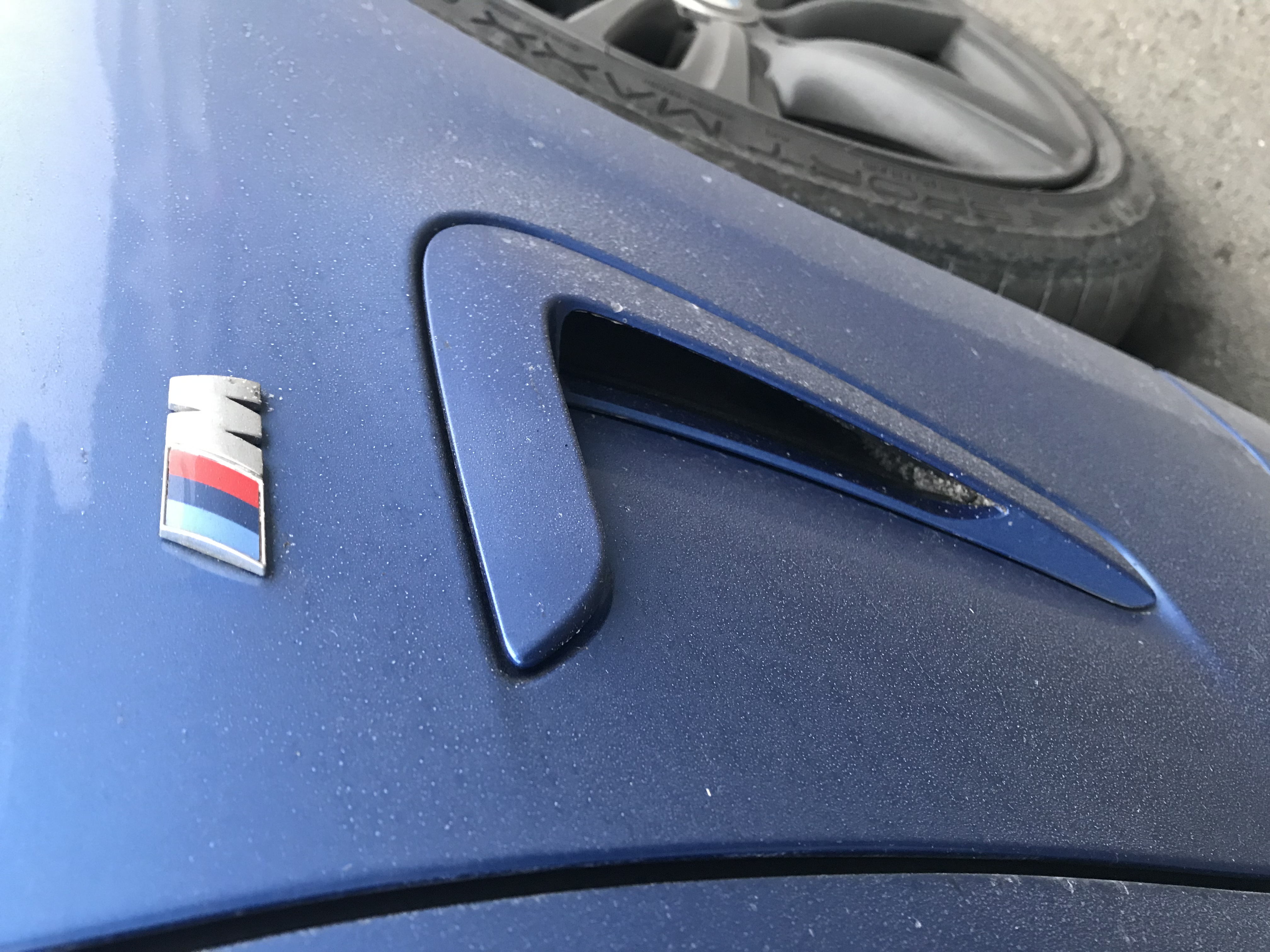 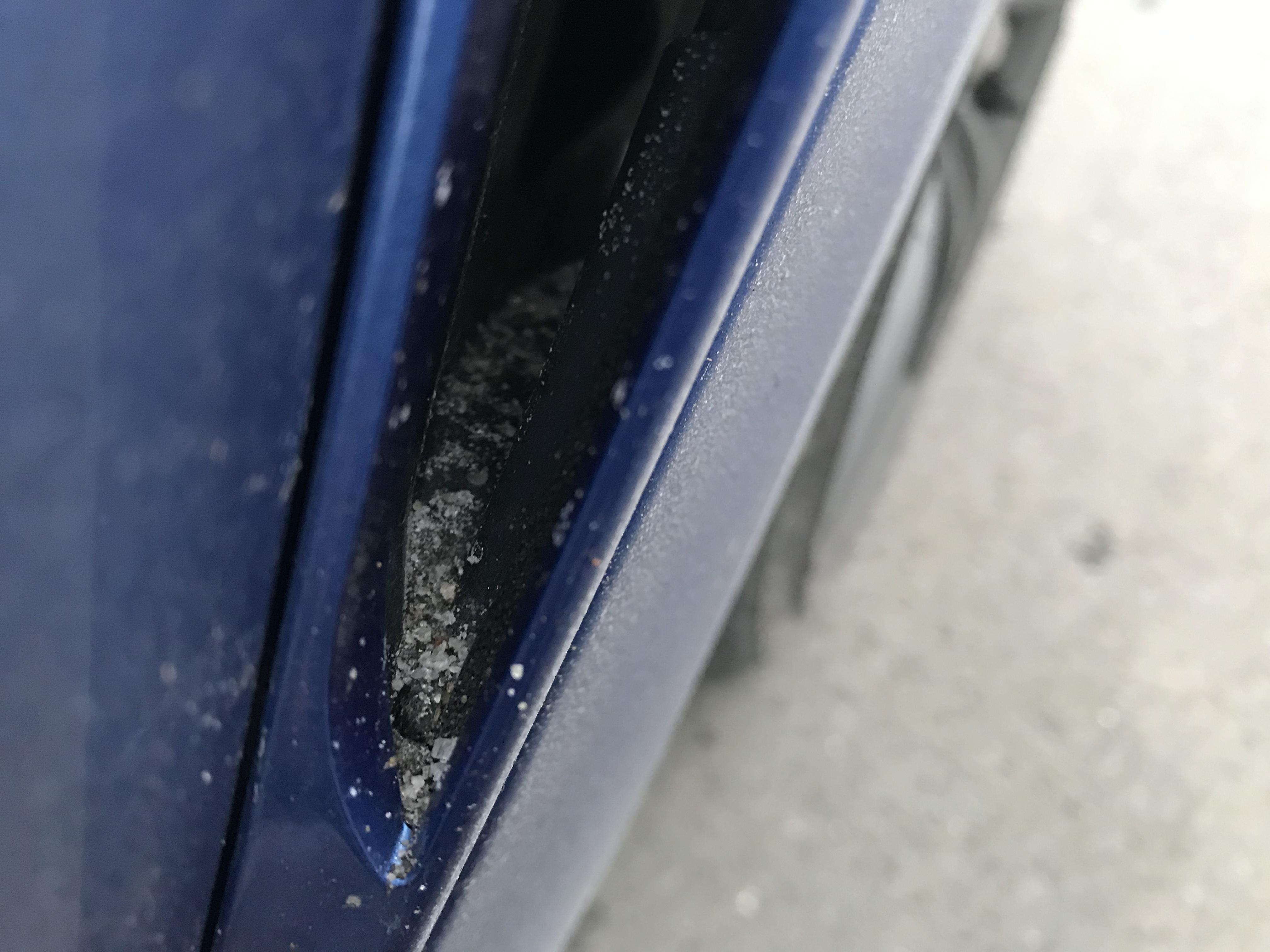 Used a bit of G101 diluted 5:1 in water to help out with the wheels. Rest of the car was just foamed, AutoBrite Magifoam diluted 4:1. 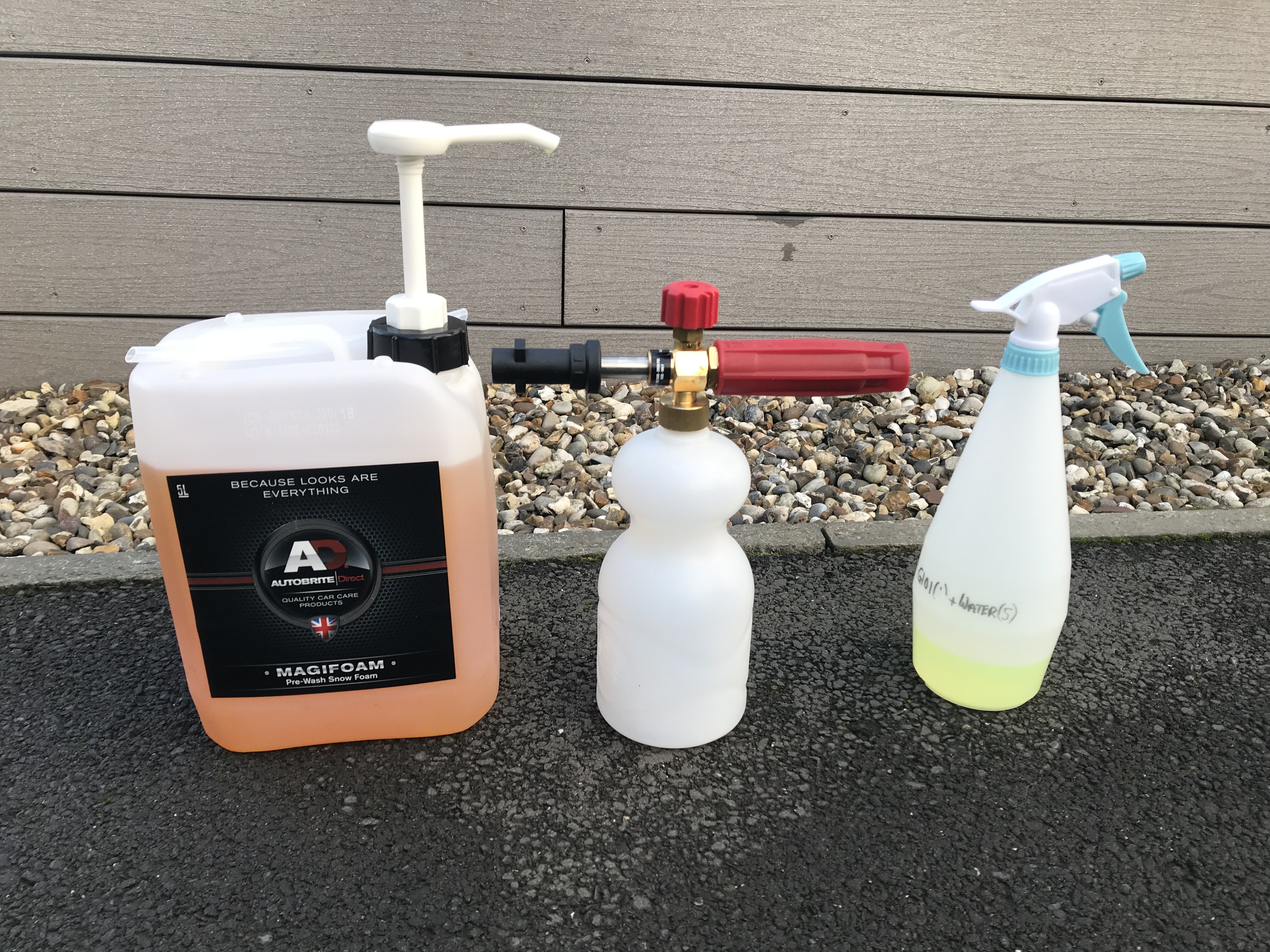 Video of the whole shebang: 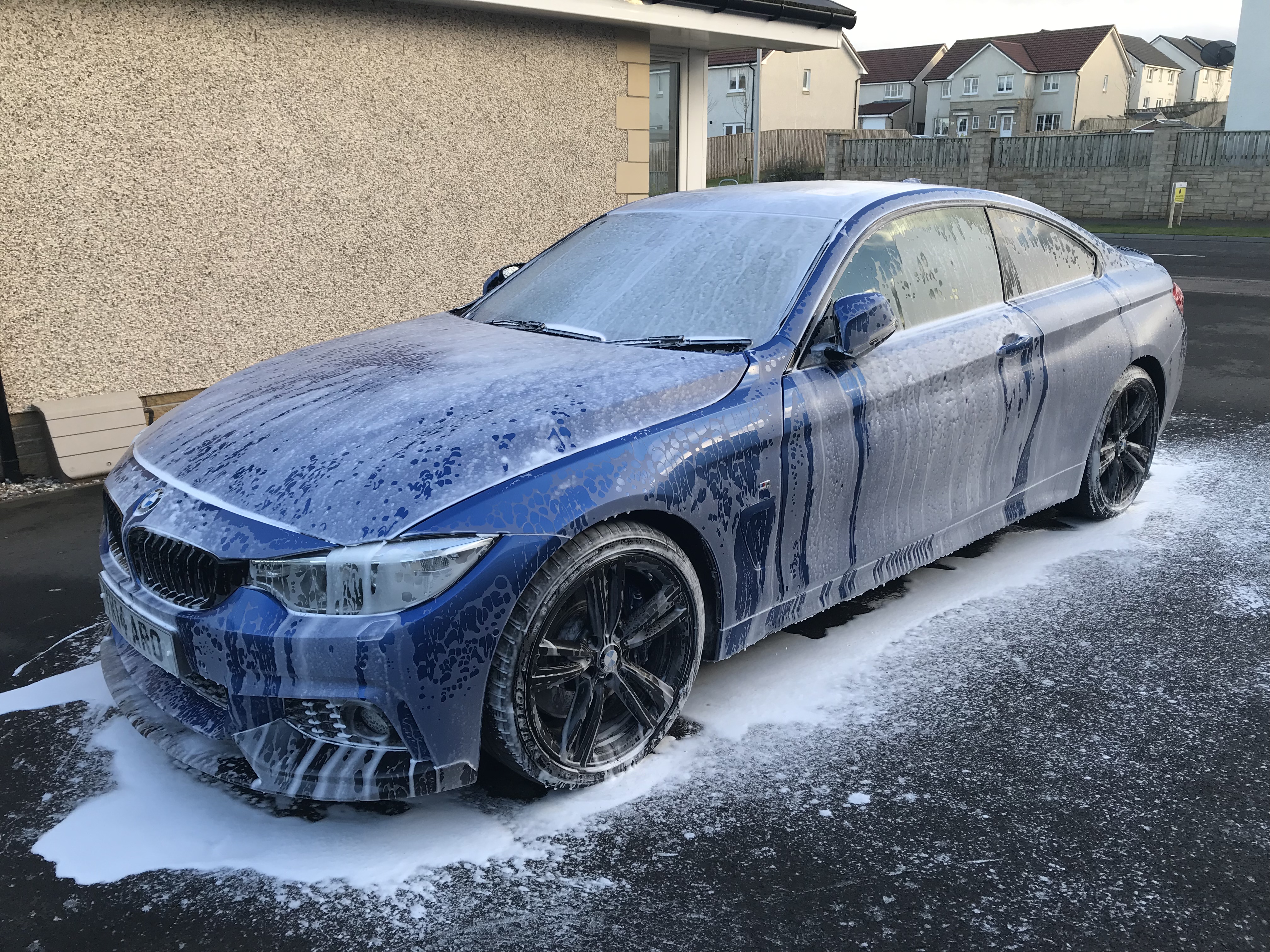 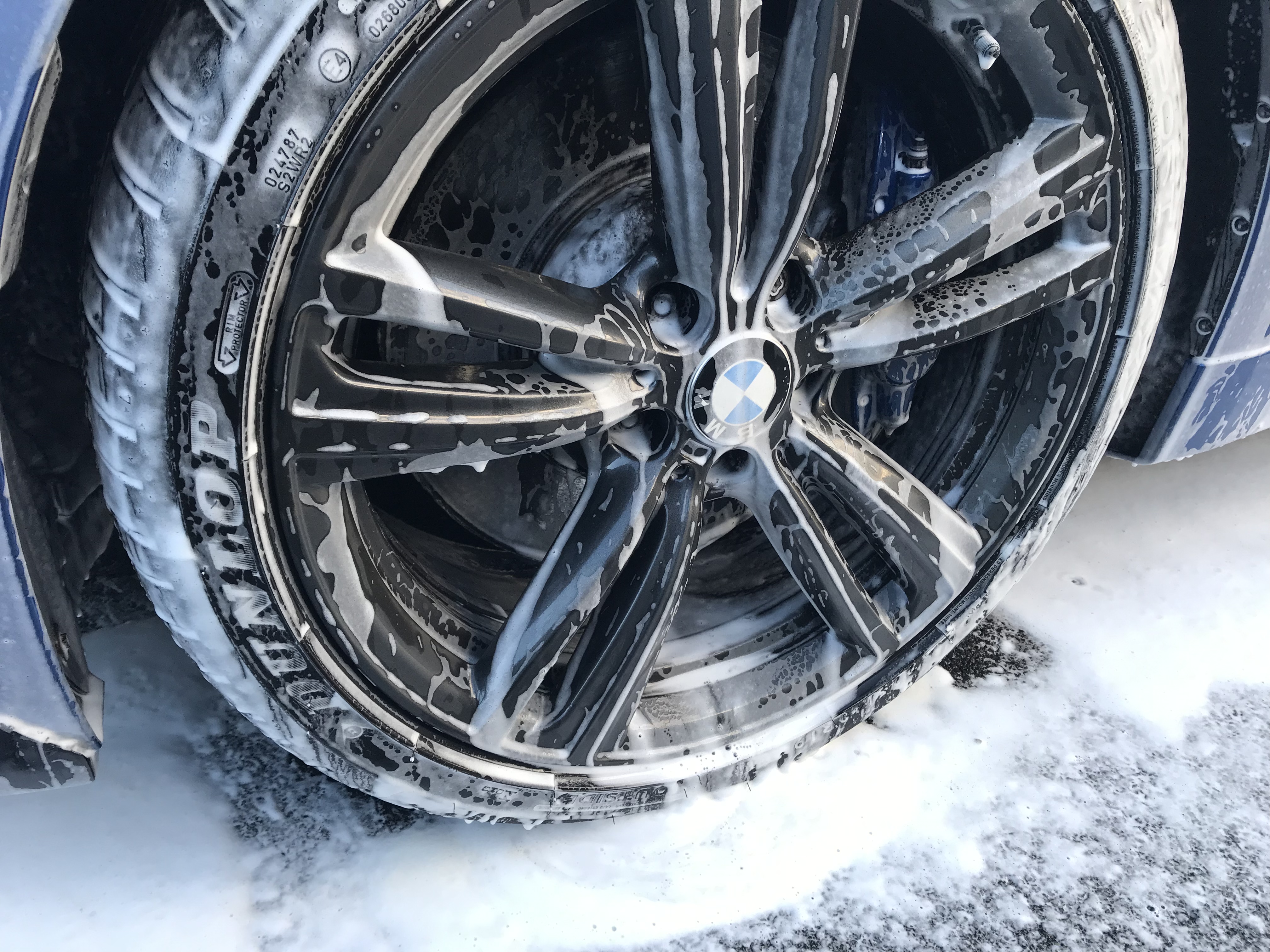 Let it dwell for about 7 minutes whilst I grabbed a coffee, then rinsed it off (and missed a bit on the rear bumper