New 2 post lift installed in the workshop I had been using, making the whole conundrum of how I was going to lift the body off a lot easier to solve!

Despite not being particularly low, the car needed some wooden blocks under the wheels to get the ramp arms in as far as I wanted. As I mentioned before, I don’t have any reason not to trust the sills for jacking, but I just prefer jacking on metal. On the lift, the arms extend far enough for me to be able to get them on to the main backbone of the chassis. 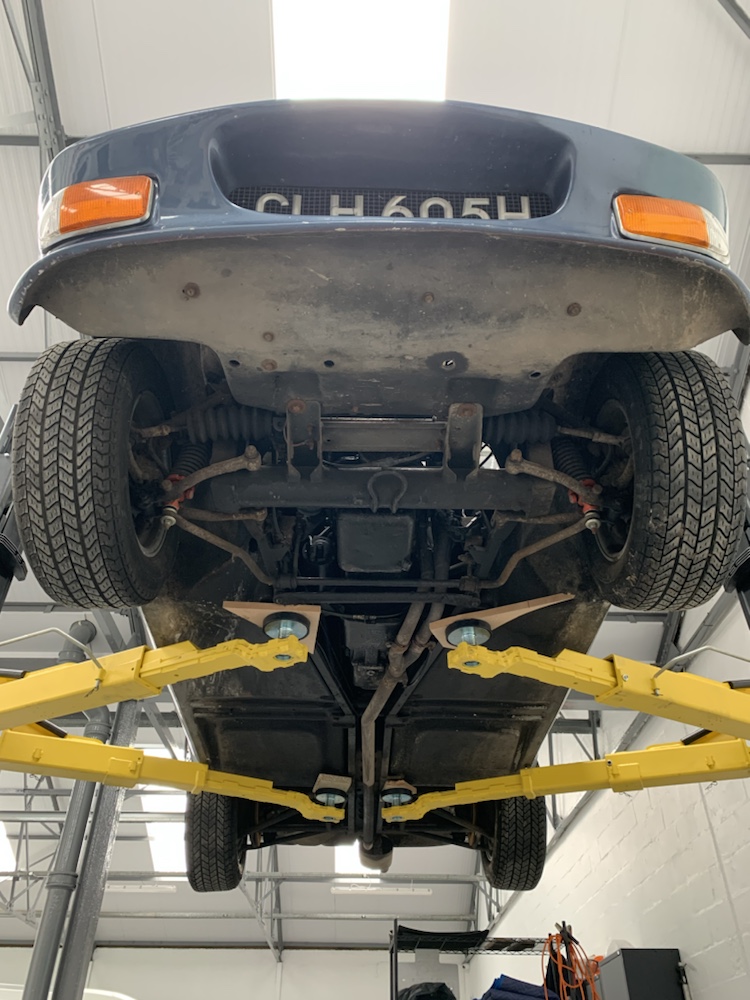 This gave me a good opportunity to get a proper nosey around all the suspension and chassis components as they stand. By happy coincidence, the lad who was helping with the hot wiring earlier, also runs a garage and gave the car a pre-MOT style once over. 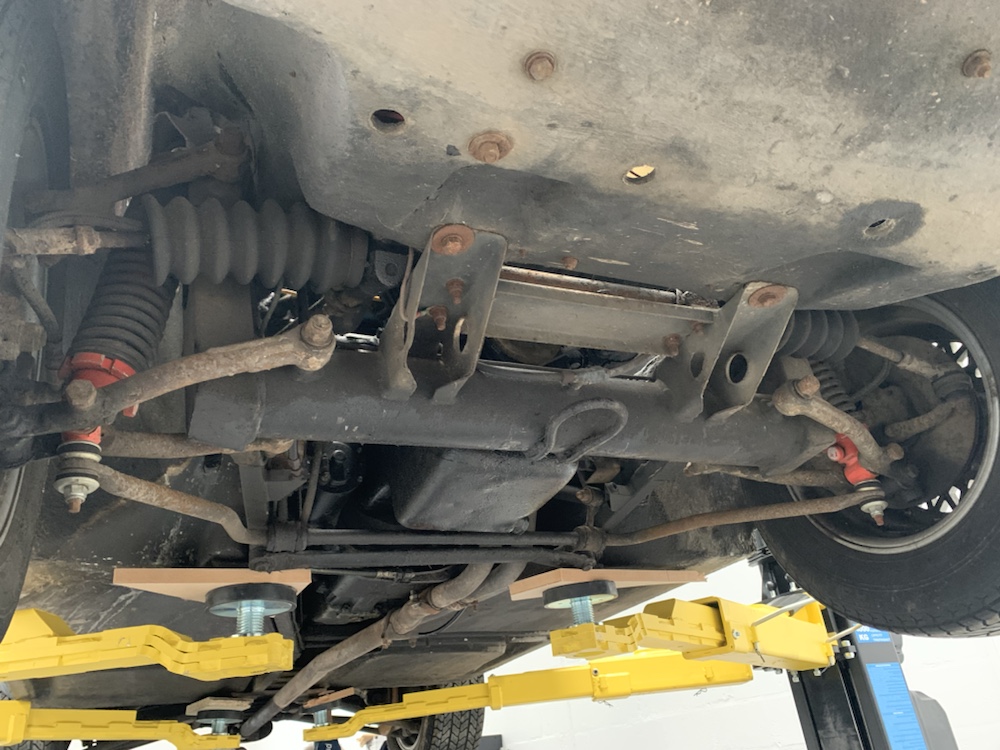 Happily nothing major came up beyond what we already knew. Most pleasing being no play in the wheel bearings and trunnions. Also, no significant corrosion that we could see on the chassis, so the 1970s paint has stood the test of time well! 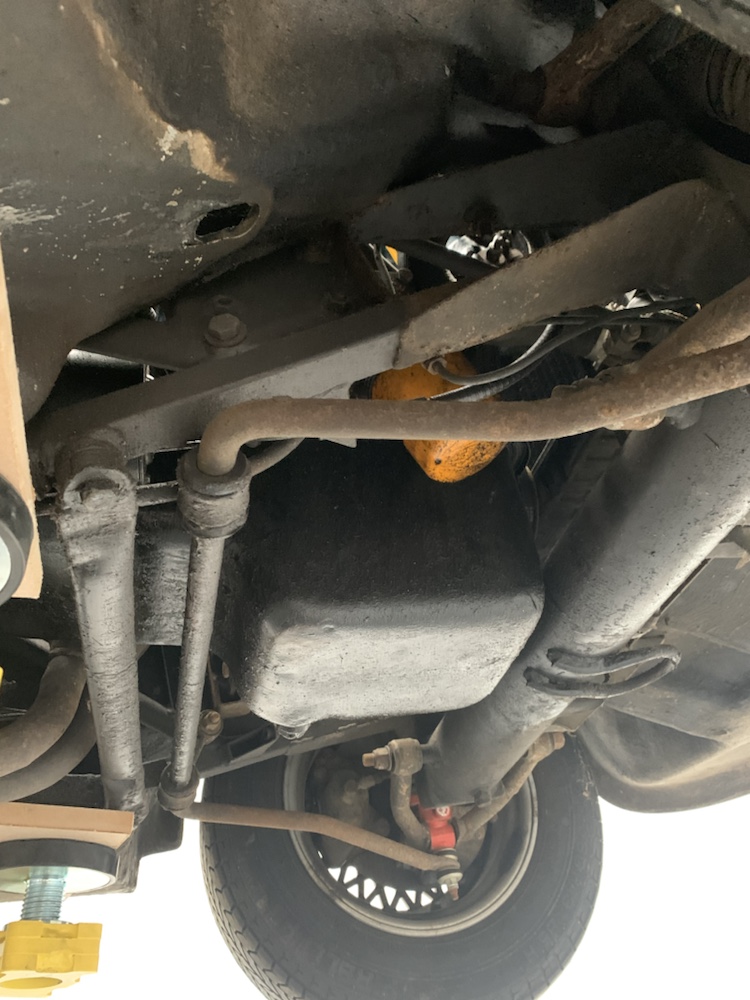 Combination of a slightly weepy sump and rear main seal have provided a useful self-applying, anticorrosion coating. ie it’s absolutely covered in grime mixed with a light coating of oil.

Lower chassis brace has clearly taken a dunt at some point, there’s a clear bend in the tubular profile. 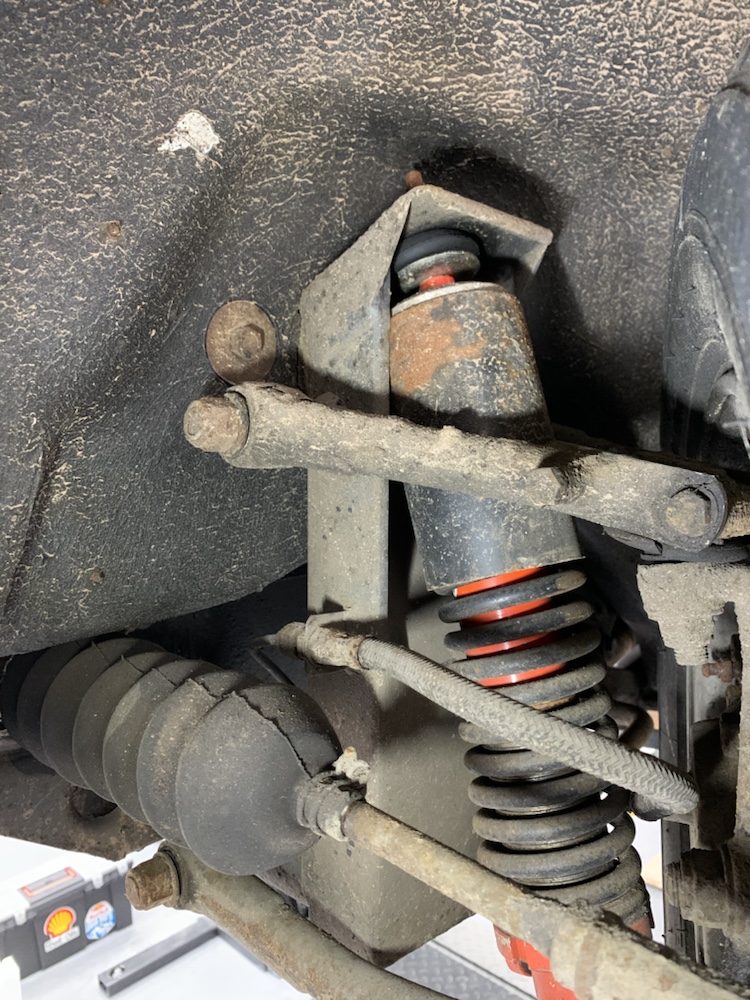 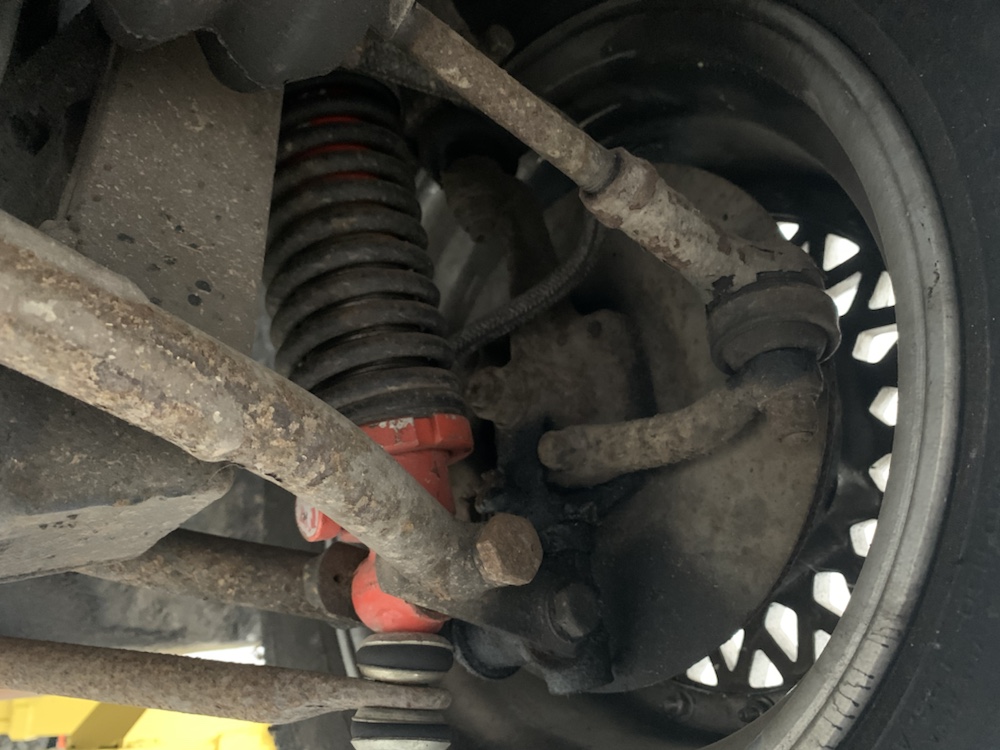 Front suspension shows light corrosion and the chromish coating on the Spyder wishbones is flaking. Mid-90s Avo coilovers are in good condition. 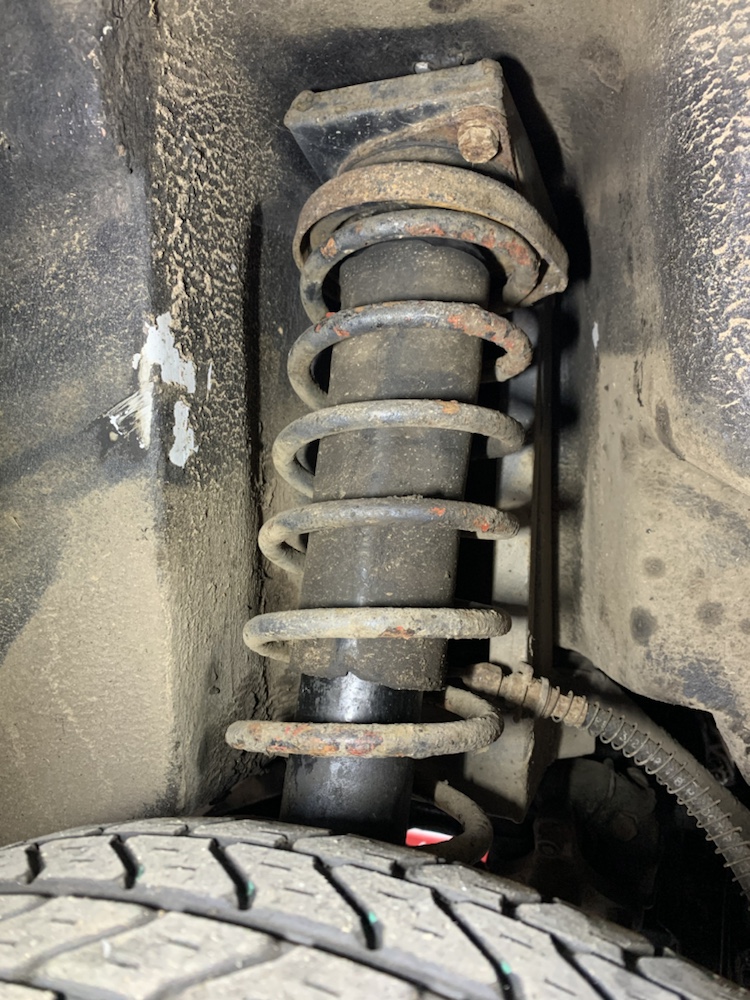 Rear springs are original as far as I know, inserts don’t appear to be weaping, they were swapped to damping adjustable units at the same time as the front coilovers were added. 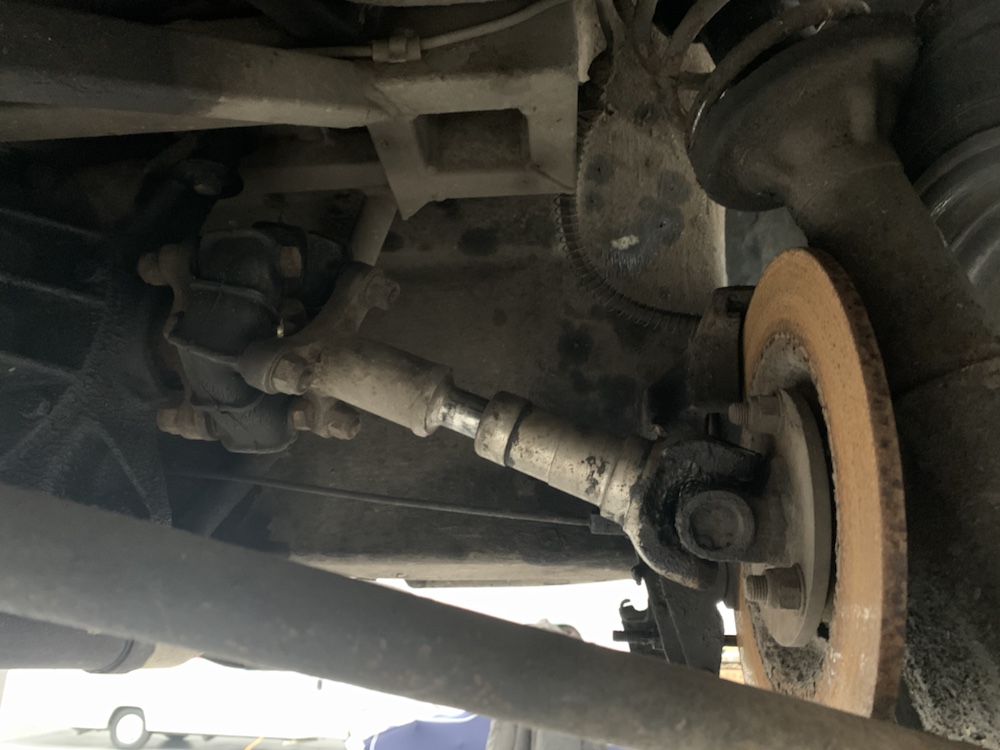 Spyder upgraded driveshafts in the rear. Normal Elan rubber donut on the inboard end, constant velocity joint on the out it’s end and a sliding sleeve section in the middle to compensate for the change in shaft length.