With the rolling chassis free from the body, I was able to give it a good look over from all angles for the first time.

Clearly the diff has a leak and the oil film from this has combined with road grime to create a thick greasy film all over the casing. Also a ridiculous build up of muck on the tail of the chassis. 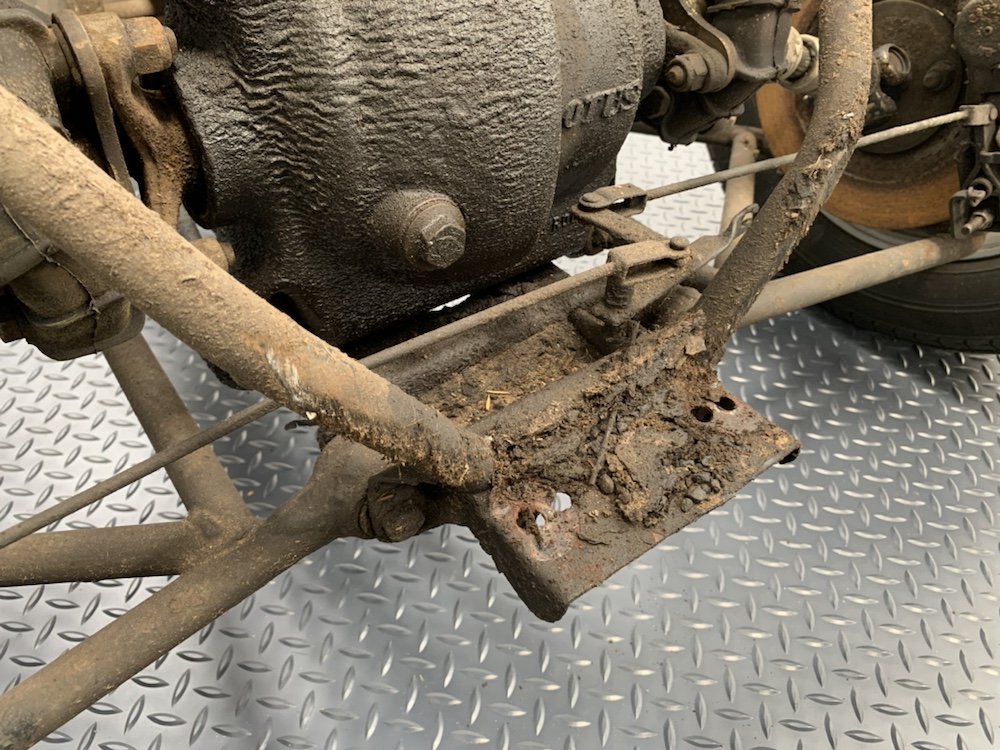 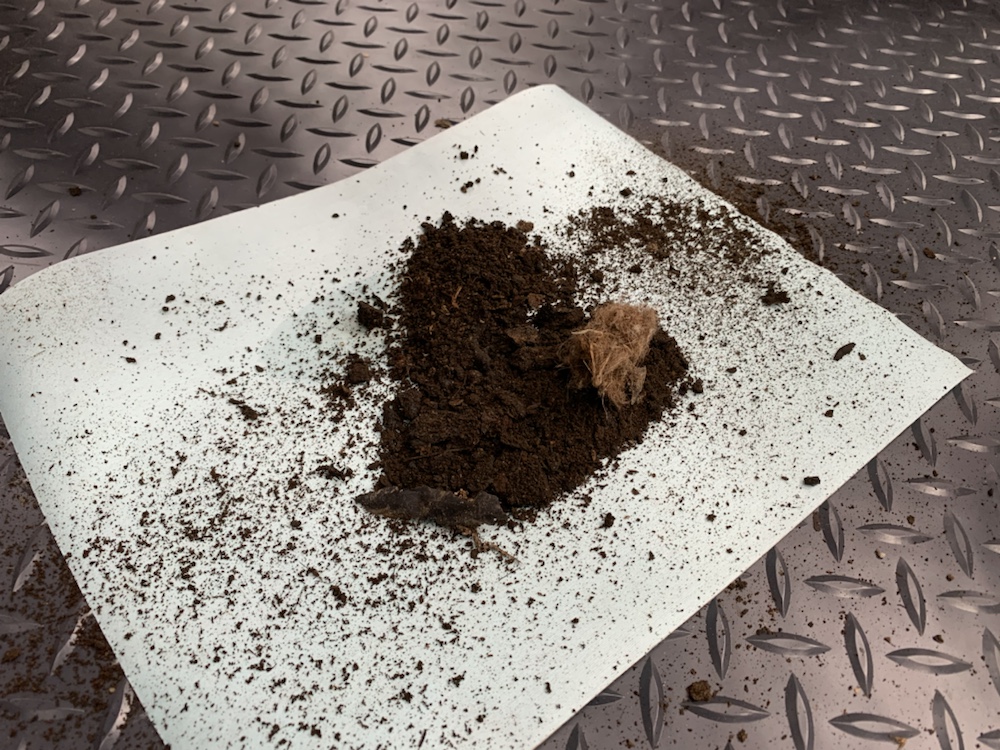 Decided the most sensible course of action, so I had something I could touch without immediately getting filthy, was to wheel her outside and let the jet wash go to work. 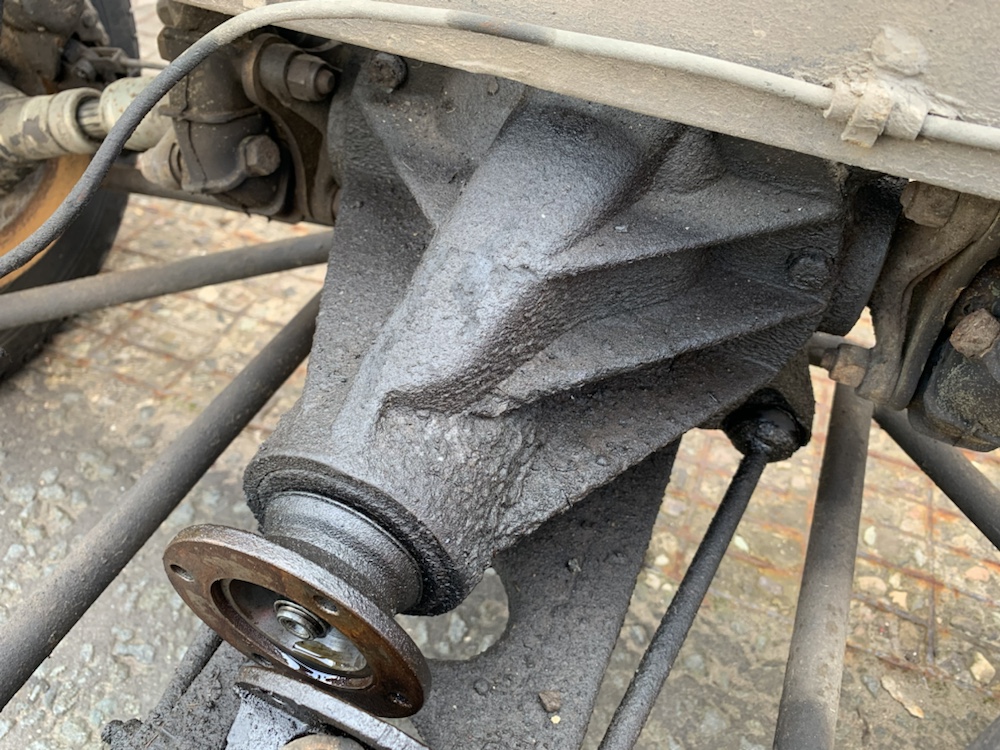 Disconnecting the prop to let it roll freely confirmed the diff’s nose seal is leaking quite significantly. 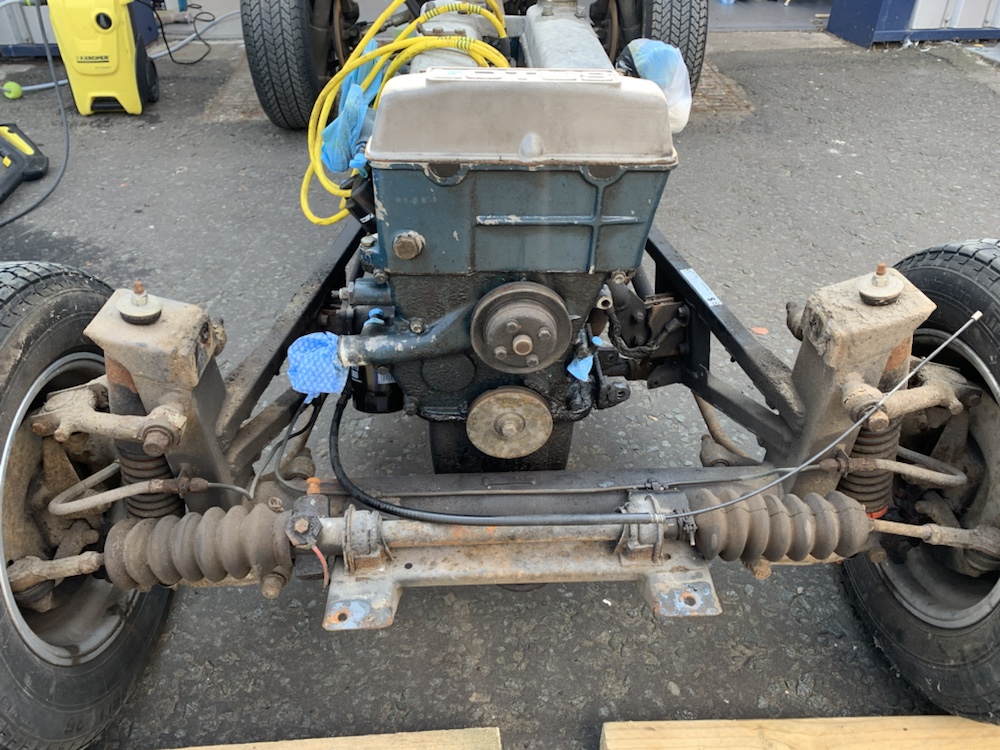 Cast off rubber gloves used to plug the engine’s openings and any areas I didn’t want to risk getting wet. Even though I wasn’t spraying the engine itself, it’s a sensible precaution. 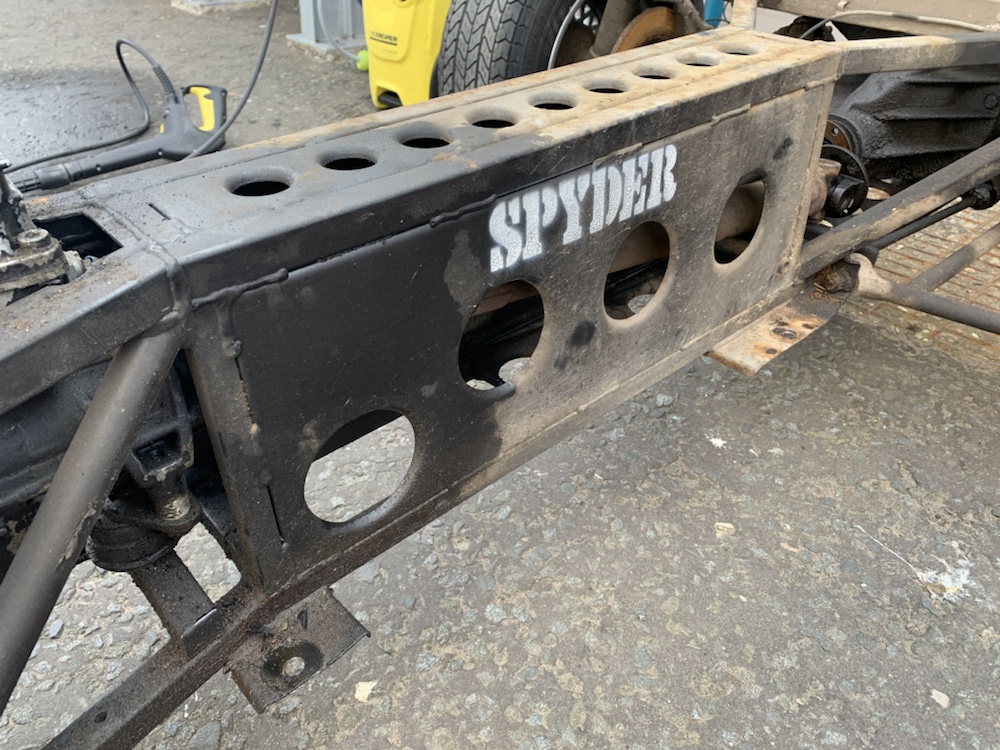 Something quite cool and militaristic about Spyder’s branding on the chassis! 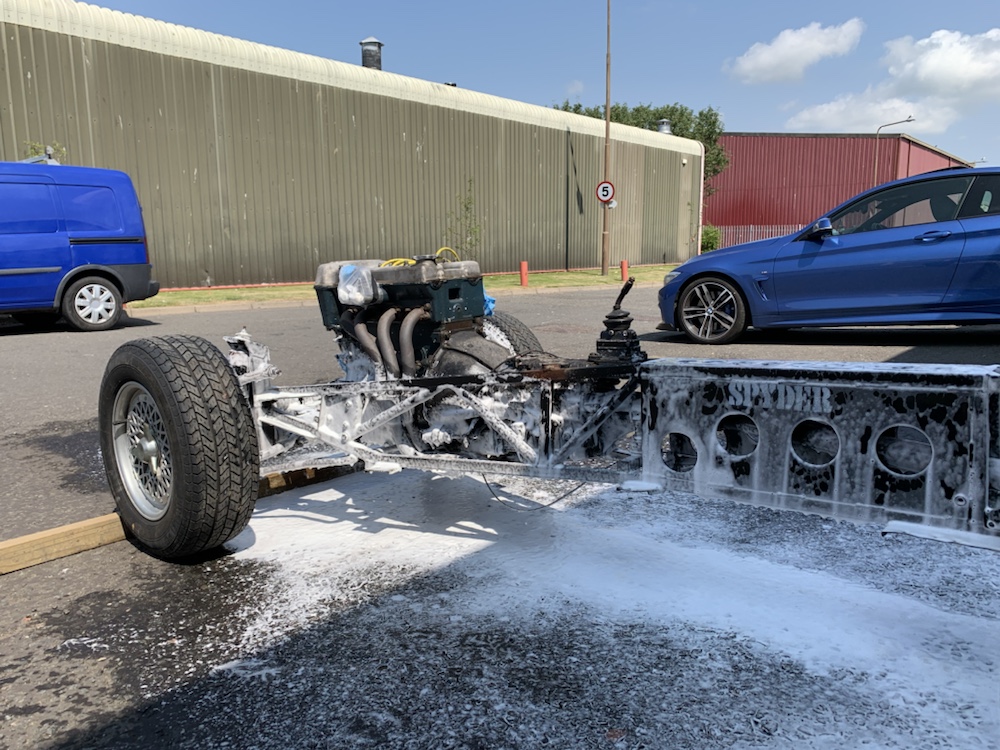 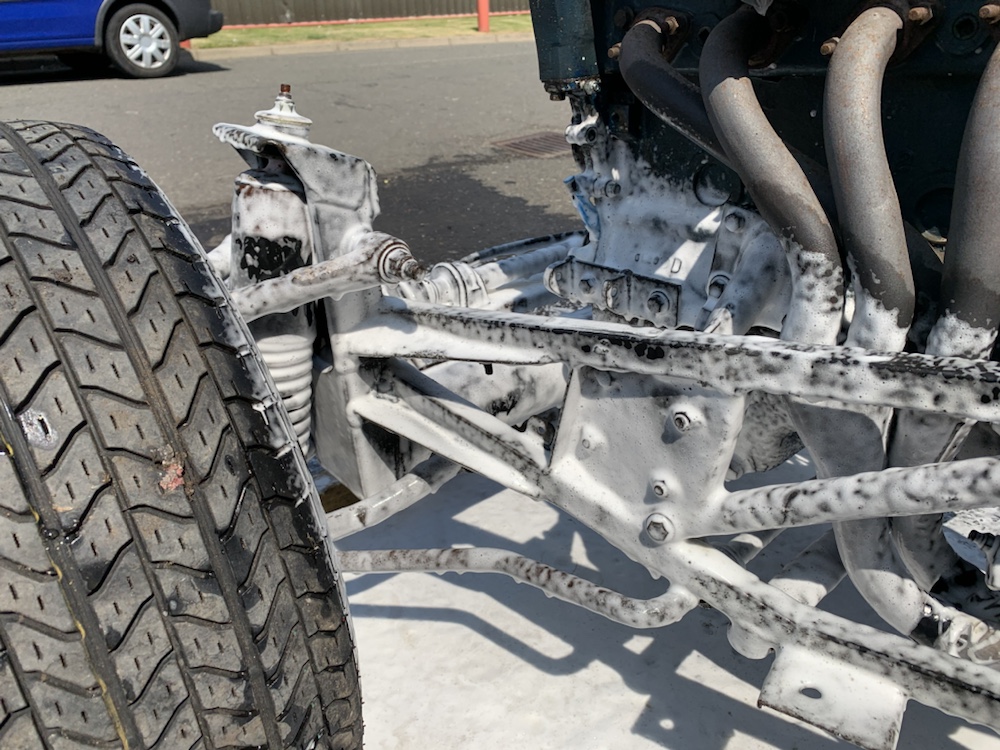 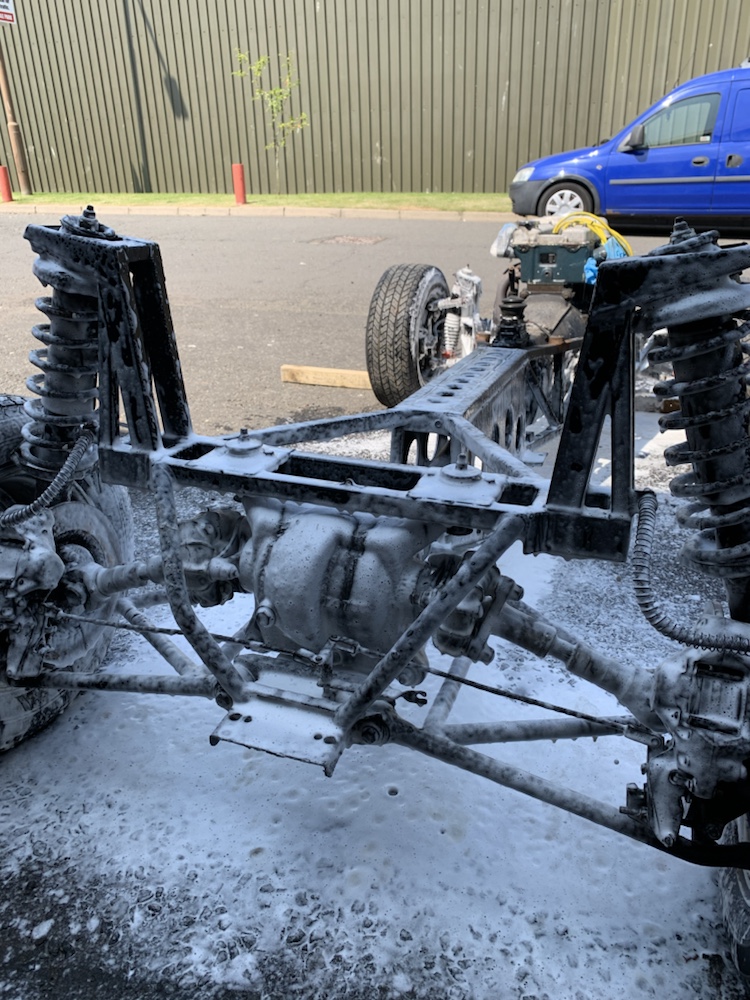 Ultimately neither snow foam, nor G101 was meaty enough to de-cake the diff housing but the rest was a lot less grotty and allowed me to properly inspect the condition.